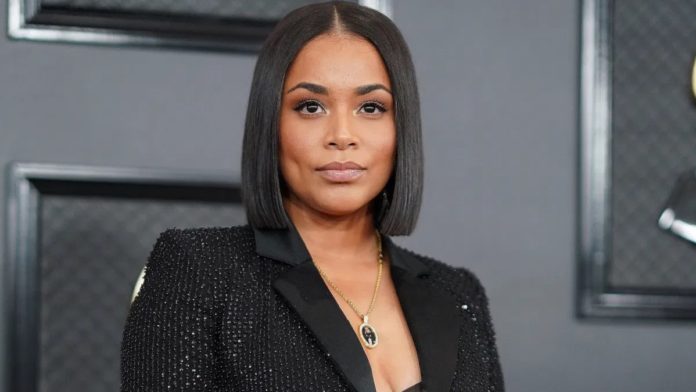 The fatal shooting of Lauren Londons partner, Nipsey Hussle on March 31 2020 sent shock waves throughout the entire community and affected Lauren most of all. Lauren shares with Nipsey her 4 year old son Kross Ermias Asghedom and her 11 year old son Kameron Samuel Ari from her ex fiancé Lil Wayne.

Lauren has recently made the decision to return back to her acting career and opens up about how her sons played a huge role in returning to the spotlight.

In an interview with Entertainment Tonight, Lauren talks her appearance in the new film ‘Without Remorse‘ featuring Michael B. Jordan as her co-star. The actor recalls Michael reaching out to her, in regards to working on the film and making sure she’s in the right space to do so.

“Michael reached out to me as a friend and he was so unsure if I was even going to ever work again,” she says . “And he was like, ‘Look, I’m unsure if this is what you want to do, but I have to follow my intuition, I have to ask you if can you just read the script.’ “

Taking into account her children, Lauren describes the momentum to go ahead and accept the role, “We can’t stop, you know? We do have a purpose, all of us, and it’s important for my sons to see me moving forward with grief, not just curling up in a ball, because I curled up in a ball for a long time.”

London also added, “But especially for my eldest son because he’s just a little more aware … But we will continue moving on as we had to, as he would want us to.”

Without Remorse has no set release date although, we can expect for the film to release sometime this year!