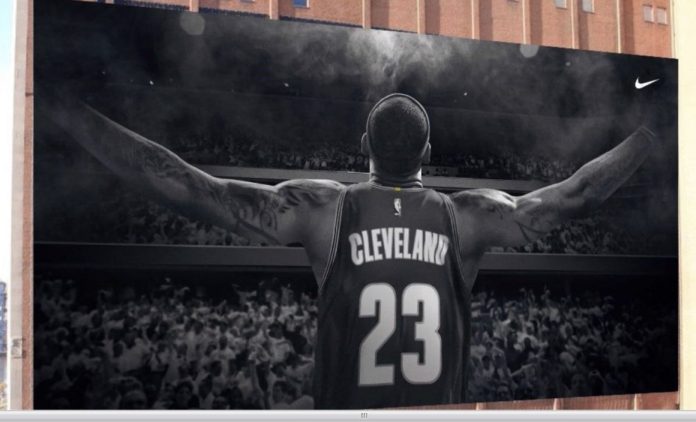 Fans are going into a frenzy!

The news broke Sunday that LeBron James has agreed to sign a 4 year $154 million dollar deal with the Los Angeles Lakers!

But what’s even more upsetting is that with LeBrons moving to LA, Nike has announced that they will be taking down the icon banner of LeBron James that is plastered on the wall of the Sherwin-Williams Global headquarters in Downtown Cleveland.

The banner was original posted to honor King James and welcome him back to Cleveland from Miami when he did his switch back in 2014.

Nike announced the banner will be coming down this week.

What do y’all think about LeBron going to Los Angeles?