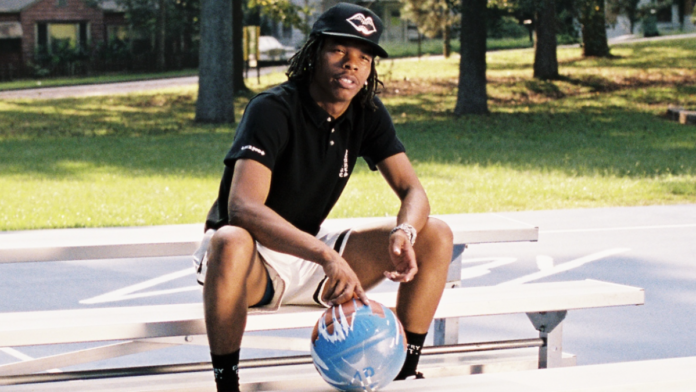 Lil Baby is one of the many rappers who believe in giving back to the community. After becoming famous, Atlanteans have often returned to their neighborhood to help the less fortunate. In his most recent philanthropy, the “Drip Too Hard” hitmaker decided to surprise 200 kids in Atlanta with a bike. It surely left them with brilliant smiles.\

The 26-year-old rapper was all the rage on the internet after performing in the neighborhood. Several videos appeared on Twitter of  the rapper showing his friendly demeanor. In the video you can see  bikes parked in the park, and Lil Baby’s Ferrari parked on the nearby lawn. The celebrated hip-hop artist gave the neighborhood a renovated basketball court. He was later seen playing on the same court with his teammates.

Lil Baby, whose real name is Dominique Jones, wanted to bring sports and the community together.

Most recently, the owners of Lil Baby’s  Four Pockets Full (4PF) label and Four the People Foundation hosted the new biannual campaign in Atlanta. School supplies, clothes, and laptops were distributed to students in need. This is not the first time Lil Baby has given back as he started a $150,000 scholarship at his former high school Booker T. Washington last year.

The artist’s continued donations to Atlanta are often praised, but the rapper once said to Billboard that he not trying to be seen as a “role model.”

“My life feels like a responsibility,” he said according to Revolt TV, “Honestly, I’m not even trying to be a role model. [But] I know that I am myself, so I try to change the way I do things so that people will see. I do not even what I want to do. I do what I have to do now. “