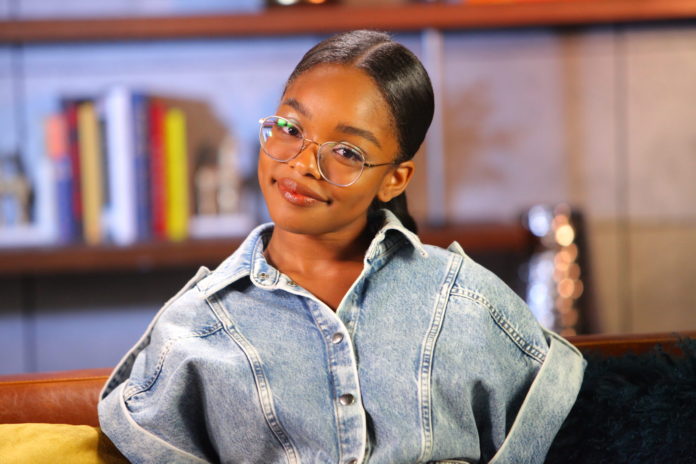 Martin will host the six-part series, navigating the audience through setting financial goals and the benefits of a side hustle. The actress will also enlist some words of wisdom from experts across finance, entertainment, and education. Educating brown and black youth in finance is a large step in closer America’s financial wealth gap between races.

Honoring In The Know’s commitment to highlighting diverse voices, award-winning journalist Elaine Welteroth will serve as the consulting editor for the series.

Although still only a teen, the 16-year-old actress has become one of Hollywood’s most in-demand actresses, Hollywood’s youngest producer, and recently created her own production company, Genius Entertainment, to celebrate black joy. It’s safe to say that her multiple business endeavors have taught her a thing or two about generating wealth.

“Becoming financially independent has been such an important part of my journey both personally and professionally, so I’m excited to partner with In The Know to share what I’ve learned to form my own experience with people my own age,” Martin says in a statement. “As one of the most successful and entrepreneurial generations in history, it’s important for us to prioritize financial literacy and educate you people on the tools and strategies they need to succeed.”

The first episode of the six-part series, Money with Marsai Martin, is available now.