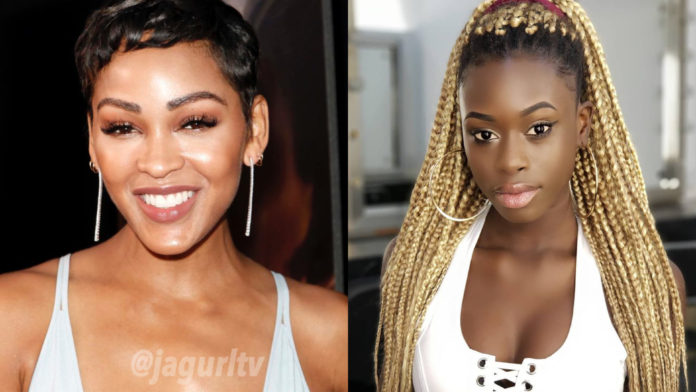 On Thursday, the French-Senegalese singer released a powerful music video for her single “Set Free.”

Inspired by this past summer’s Black Lives Matter protests, the visual highlights the ongoing racial oppression of minorities. Good refers to the video as a “call of action,” urging fans to stay aware and active in the fight against racism.

“We don’t want you to forget everything that’s happened and everything that’s continued to happen,” Good tells PEOPLE. “We’re not moving on. We have an active role that each and every one of us has to play in this time of history. What are we supposed to be doing to force the hands of change and to make sure people are constantly activated on how we continue to do better?”

The rising artist exclaims that she was shocked when producer Riley Urick told her that Good would be directing the video.

“I was working with Riley on the song, and then one day he just called me and was like, ‘OK, so we got Meagan on board for directing your video,'” Diarra tells PEOPLE. “I was like, ‘What is my life right now? Are you talking about Meagan Good? The Meagan Good I’ve been watching on TV my whole entire life?!'”

As a fan of Diarra and a friend to Urick, she jumped at the opportunity to work with her.

“I just fell in love with it immediately and to this voice,” says Good. “And I was just like, ‘Wow, this is incredible and so I came up with a concept and submitted it. [Diarra] came back and she was like, ‘Here’s some ideas I have’ and both of us kind of just started spitballing on what we thought that it should be. This is what came out of it.”

According to People, the video is a composition of images depicting Diarra’s Senegalese American heritage. Images include clips of the singer in her traditional Senegalese attire and depictions of iconic Black History leaders. The video features icons such as Shirley Chisholm as well as members of the Black Panther Party.

“We also wanted [the video] to culturally represent her,” Good explains. “We wanted to come out with a loud bang and be specific about what’s important to her. But we also wanted to leave it up to you to determine how you feel about the video and what you’ve got from it without necessarily telling you fully.”

Aside from the costumes and fun from working with Good, the content was heavy for the singer. For Diarra acting out the portrayals of real-life instances of Police Brutality was extremely difficult for her.

“Filming those scenes was very emotional to both of us,” says Diarra. “Because watching those murders on TV in the news, it hurts really deeply. But then, sadly, it just fades away. People started talking about other subjects in interviews on TV, and it just feels like, ‘OK, it happens, but it’s not on top of the news anymore. Those things need to be on top of the news until things are different until things change completely.”

Although the video depicts the harsh reality of America’s racial injustices, Good and Diarra want the video to be uplifting.