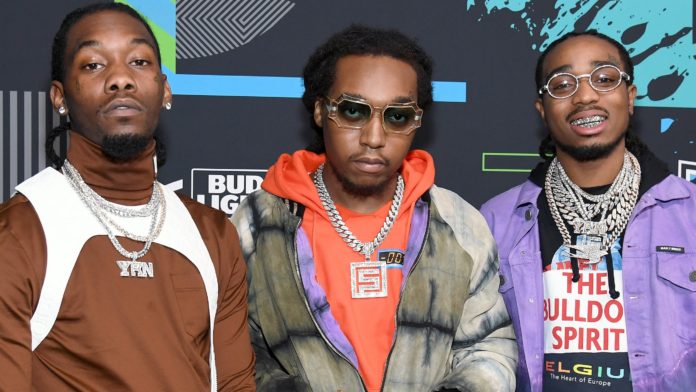 Celebrating the anniversary of Culture II, Migos teases the release of the final installment of the trilogy, ‘Culture III’, with a behind-the-scenes video of its construction.

Originally expected to be released in 2020, the project’s release date has been pushed back due to the coronavirus pandemic.

In an interview with Kevin Durant on The ETCs podcast, Quavo expresses his growing anticipation to drop the album and “crank” things up.

Culture III was supposed to drop this year but @Migos pushed it back when the pandemic began.

Now, it’s on the way “at the top of the year” according to @QuavoStuntin “We want the commotion… we want to be outside.”

“We want the commotion, we want to move,” he continues. “We want to be outside. We want to drop it and go on tour. We want to have an album listening and have people in the thang and really hearing the album. I can’t drop no album and let the internet judge my album. It just don’t make sense. I just want to be with the people. I want to touch the people and that’s what we gon’ do at the top of the year.”

The trio took to Instagram, uploading a video that highlights the process of making ‘Culture III’. The video also mentions pivotal moments in 2020, such as quarantine and the Black Lives Matter Movement, that affected the rappers.

“I aint never been so political in my life,” Offset says. “I got my first time to vote this year… All of that happens from just seeing what’s going on in the world.”

Watch the behind-the-scenes video of the long-awaited, ‘Culture III’ below.