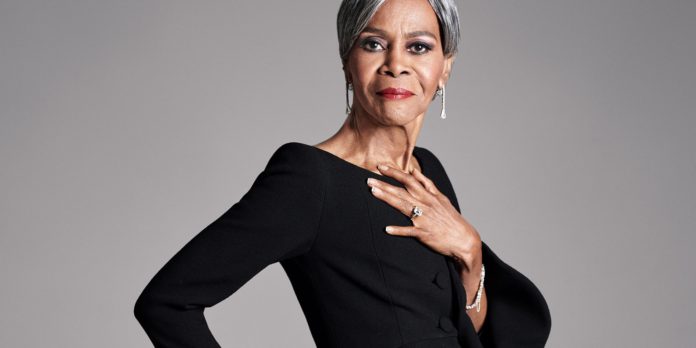 Iconic award-winning actress Cicely Tyson died Thursday at the age of 96 according to her manager, Hollywood takes social media by storm remembering the talent’s trailblazer career.

“I’m devastated. My heart is just broken,” Davis writes. “I loved you so much!! You were everything to me! You made me feel loved and seen and valued in a world where there is still a cloak of invisibility for us dark chocolate girls. You gave me permission to dream….because it was only in my dreams that I could see the possibilities in myself. I’m not ready for you to be my angel yet. But…I also understand that it’s only when the last person who has a memory of you dies, that you’ll truly be dead. In that case, you will be immortal. Thank you for shifting my life. Thank you for the long talks. Thank you for loving me. Rest well 💔💔💔

Shonda Rhimes shares memories of the icon during their time working on How to Get Away With Murder. She refers to Tyson as “an extraordinary person and an extraordinary loss.”

Other celebs such as Regina King and Common took to social media to honor the star.

QUEEN somehow just doesn’t capture MS. TYSON. Her legacy has left an indelible mark. She paved a way that created a space for girls like me to feel the light. Thank you GODDESS CICELY. Rest in power. pic.twitter.com/VCBCwPpc05

I’m so sad to hear the news that trailblazing artist and cultural icon Cicely Tyson has passed away today. While she may be gone, her work and life will continue to inspire millions for years to come. God Bless. pic.twitter.com/vfvdmIMQxh

This one hurts, today we honor and celebrate the life of one of the greatest to ever do it. Thank you Cicely Tyson. Rest in great power. pic.twitter.com/vwchWT5512

Tyson’s manager Larry Thompson announced the news of the legend’s death in a statement on Thursday evening.

“I have managead Miss Tyson’s career for over 40 years, and each year was a privilege and blessing,” He writes. “Cicely though of her new memoir as a Christmas tree decorated with all the ornaments of her personal and professional life. Today she placed the last ornament, a Star, on top of the tree,”

Days prior to her passing, Tyson sat down with CBS Host Gayle King for an emotional interview regarding her memoir.

In honor of the actress, King posted the nine minute video to her Instagram.

Tyson’s trailblazing career expands over the course of seven decades. First starting off as a model, she began to enter the world of acting in bits and pieces. In 1956, her fame began to rise when she was cast as the first African American woman to star in a television drama, “the East/West Side.” Since then her most notable roles were. “Sounder” (1972), “The Autobiography of Miss Jane Pittman,” (1974), “Roots (1977), “The Women of Brester Place” (1989), and “The Help” (2011).

Tyson’s portrayal of Black women on screen broke down racial barriers. Her talents shatter stereotypes and redefined the way Black women were seen in films. Hollywood will always remember the legend, Cicely Tyson.