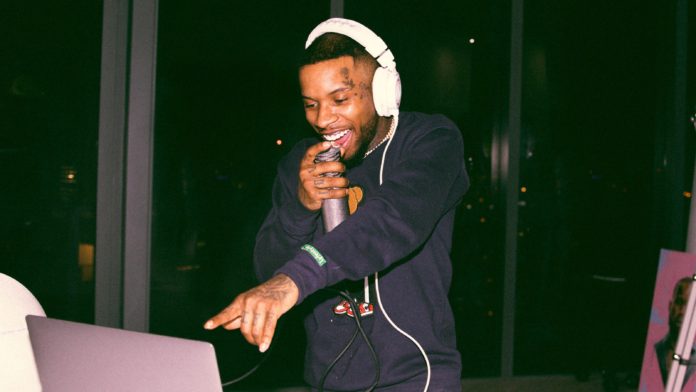 Last month, Tory Lanez created a game changing form of entertainment while we are stuck in the house. Quarantine Radio is an Instagram Live show that includes interviews with our favorite celebrities, talent acts from fans, and funny commentary from Lanez himself. In short, Tory Lanez has brought joy to social distancing viewers with this amazing idea. Although IG Live creates an easy to access platform for social media users it has had its fair share of problems due to the rules and terms of the app. While we waited for a new Quarantine Radio episode, it has been rumored that MTV has offered a deal to Tory Lanez to expand the show into something more.

Lanez released his mixtape New Toronto 3 earlier this month and did an interview with Billboard about the project. During the interview he revealed, “MTV offered me something like a little 30-minute segment, but I don’t know what I want to do,” he continues. “But I want it to be something that the fans decide. If I end up coming up with an idea for it, hopefully, it’ll be on MTV.” The show has been successful with an average of 300K viewers, which broke records during the time of its premiere.

Quarantine Radio has seen guest appearances from Diddy, Raven Symoné, Trina, Drake, Fabolous, Chris Brown, Young Thug, Megan Thee Stallion, DMX, Wiz Khalifa, Drake and more. These guests along with the unexpected nature of the show, has made this easily the hottest comradery on Instagram.

No word on if there has been further discussion with MTV to make the show happen. Sadly, the show has taken a small hiatus after the drop of Tory Lanez’s fifth mixtape but don’t worry! He has dropped little hints on his Instagram that we are going to get back our favorite social distancing entertainment, whether it’s on MTV or not.