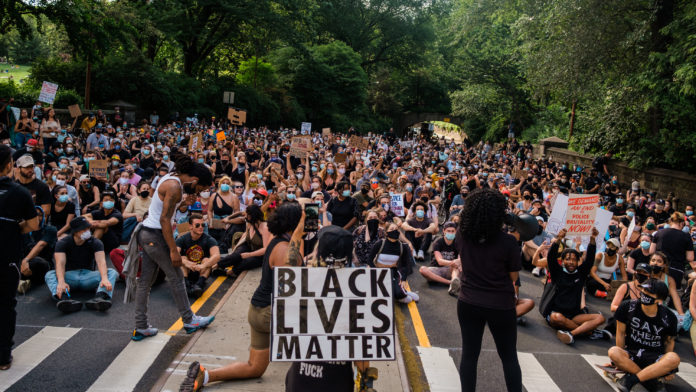 It has officially been 23 days since protests started across the nation after the untimely killing of George Floyd. Since then, New York State legislature and assembly have passed 10 police reform bills based on the demands of the public. These protests are a sign how peaceful action in the streets is affecting lawmakers and state capitals. Protesters are fighting for a change and they are winning.

On June 8, 2020 a New York State bill was passed by the senate that would increase the penalties if police use chokeholds while making an arrest. These tactics have been proven to cause serious harm or even death to a citizen. This bill is titled the Eric Garner Anti-Chokehold bill and was signed by Governor Cuomo officially making it law. Officers can now face up to 15 years in prison for using chokehold tactics during an arrest.

If you remember, Eric Garner was a Staten Island man who was stopped for selling loose cigarettes in 2017. His killing by officer Pantsleo was caught on camera from bystanders and America witnessed as police kept him in a chokehold for several minutes. Garner clinging for his life exclaimed, “I CAN’T BREATHE”, which created mass hysteria for American citizens. The city paid out $6 million in settlement to Garner’s family, but the city did not admit to liability. This resulted in the police officer getting fired but not being indicted for his crimes.

On June 9, 2020 New York moved forward with the repeal of the law known as 50-a; a law that shields disciplinary records from the public since 1976. New York State never used this law until the Eric Garner case created an uproar in the nation.

On June 10, 2020 New York Senate and Assembly had passed 10 police reform bills. By June 12, 2020 Governor Andrew Cuomo signed 4 of those bills into law which included combating choke holds in arrests, repealing 50-a, making it a hate crime to call 911 falsely, and creating new oversight over police shooting investigations by creating a law enforcement misconduct investigation office.

A lot of other reforms that fall under local and state jurisdictions was in the works. By June 16, 2020 Governor Cuomo signed all 10 bills into law including protection for bi-standers who record police and civilian interaction and new legislation requiring police to wear body cameras. Mayor Bill de Blasio also promised to defund the NYPD of the $6 million budget and repurpose it for social, homeless, health, and mental illness programs.

On June 16, 2020 President Trump announced an executive order to reform police systems in the United States. This announcement lead to the creation of a federal database of police officers with a history of using excessive force. Despite this reform, Trump still voices strong support to the police.