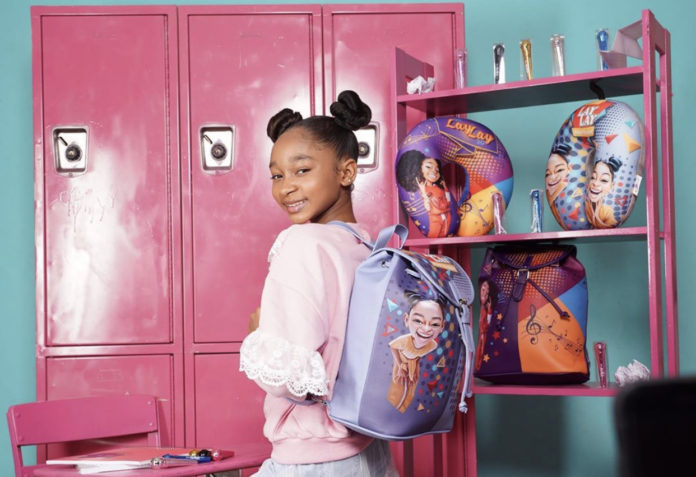 Teen sensation and hip-hop artist Alaya “That Girl Lay Lay” High who started out as a social media star and hip-hop prodigy has made a new name for herself as she partners with Nickelodeon for her very own show!

The series will be Produced by Will Packer (Little, Ride Along) and Will Packer Media (Bigger),

That Girl Lay Lay (working title) is a new comedy series (13 episodes) that will become Nickelodeon’s first project under an overall deal with That Girl Lay Lay to strategize developing original multiform programming and music initiatives, and build a cross-category consumer products business.

According to a press release, That Girl Lay Lay, phone avatar Lay Lay is the perfect hype girl and best friend that anyone could ever want from their personal affirmation app. Struggling to make her mark at school and needing a best friend to talk to, Sadie wishes upon a star that Lay Lay was real and could help teach her how to stand out. When her wish comes true and Lay Lay is magically brought to life, the two friends learn that when they are together, they can accomplish anything.

The team has expressed their excitement on casting That Girl Lay Lay and acknowledges the similarities between her and the series.

“We’re so excited to have That Girl Lay Lay star in a series that’s just as fierce and funny as she is,” said Zack Olin, Senior Vice President, Live Action. “At its heart, the show David A. Arnold created is about staying true to yourself, and with the immensely talented Will Packer producing, we just know that viewers are going to immediately fall in love with this series.”

Producer, Will Packer had some pretty encouraging words to say for the 13 year old star and seems very confident in his decision to cast her!

“That Girl Lay Lay is a multitalented force of nature destined for mega stardom. I’m so excited about what she represents as a talented African-American girl with her own platform to showcase her unique abilities,” said Will Packer. “David A. Arnold has crafted the right show at the right time and Nickelodeon is the perfect partner.”

Nickelodeon will also be assisting in supporting her music career and an exclusive line of consumer products, with merchandising agreements spanning categories such as fashion, accessories, publishing and a lot more!

The series is set to begin production this spring, with a premiere aimed for this summer on Nickelodeon.