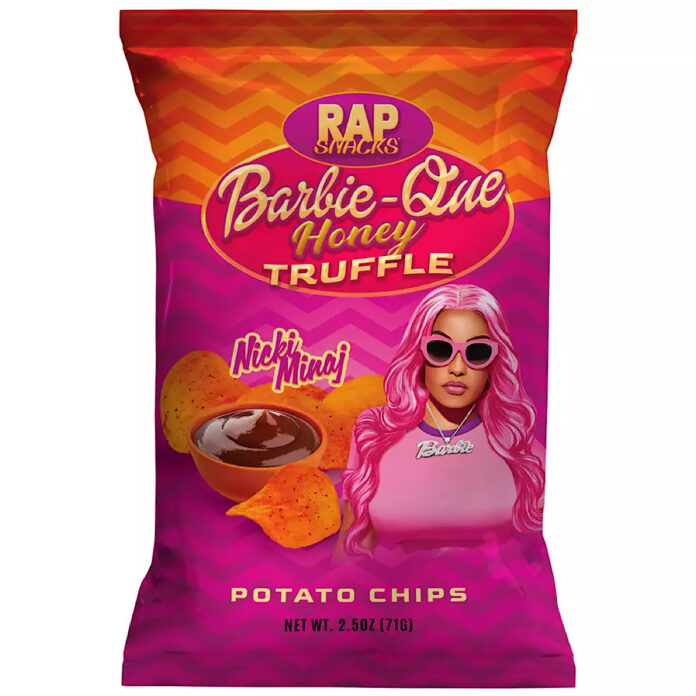 The popular potato chip brand, Rap Snacks, and Queen of rap, Nicki Minaj, have partnered for a new business venture. The self proclaimed “official snacks of Hip-Hop” added Minaj to their roster of rappers for a new flavor of chips.

According to People, Minaj partnered with Rap Snacks to release her signature flavor of chips aptly named “Barbie-Que” Honey Truffle Chips. The chip’s flavor’s name nods to the rapper’s “Barbie” nickname and the name of her beloved fanbase, the “Barbz.”

Much information of the release date has not been stated but fans can sign up for the VIP early access on the Rap Snacks website (Rapsnacks.net).

Minaj will be joining other rappers like Rick Ross, Migos, Lil Baby, Cardi B, and more who have their own flavor of snacks. “Nicki Minaj is unquestionably one of the most disruptive forces in the history of rap. You’re talking about a woman who rewrote the rules of hip hop culture and happens to be a phenomenal entrepreneur, as well,” Rap Snacks CEO James Lindsay said in a release. “It just makes sense that as a brand disrupting the snack industry, we align to push the bar even further. This is the beginning of a legendary partnership.”