Home Hot Tea Niecy Nash Opens Up about Past Relationships in New Episode of The... 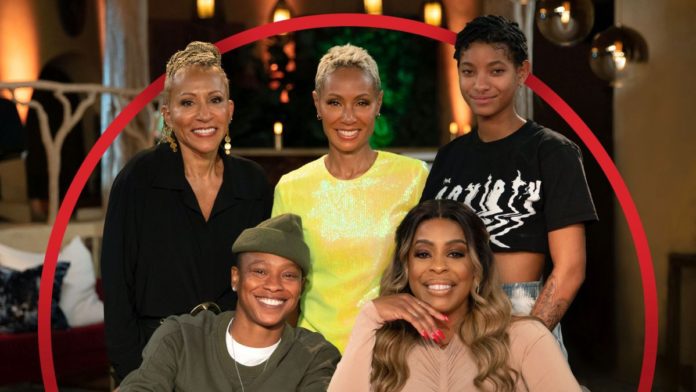 Niecy Nash sits down with the hosts of the Red Talk Table and opens up about her past marriages and sexuality.

The actress shocked fans in August 2020 when she revealed her marriage to Jessica Betts. Nash was previously married twice. In 1994, Nash married Rev. Don Nash and was the first lady of a church. Their relationship ended in 2007. In 2011, Nash remarried Jay Tucker. Tucker’s and Nash’s divorce was finalized earlier in 2020.

While talking with Jada Pinkett Smith and the Red Table Talk’s co-hosts, Willow Smith and Adrienne Banfield-Norris, Nash reveals that before her relationship with Betts, she had never dated a woman.

“I met the most beautiful soul I had ever met in my entire life,” Nash explains. “And after spending time together, I was like ‘Oh honey, this fits me like an old pair of jeans I’ve had in my closet my whole life,” Nash says, describing her relationship with her wife. “There was something that [made me feel] like, ‘I don’t want to be away from this energy…I felt like I was in a situation where my soulmate.”

Nash describes her relationship with Betts as the “first time” in her life that she has ever felt “fully seen.”

Nash explains that, along with the rest of the world, her dating a woman took her children by surprise.

“My daughters were like, ‘Wait what?!” Nash retells the story. “[But] my children were able to meet Jessia before they knew we were dating, so they were able to meet her and form their own opinion about her as a person. And they all we like, ‘Oh my god, She’s so cool!’ They were exchanging numbers. They already liked her.”

Although her daughters received the news positively, her mother and others had a different viewpoint.

“It’s crazy how people say, ‘I’m a believer, I’m in the church,” says Nash. “[They] are some of the most judgmental people you’ve ever met in your life.”

Regarding her mother’s persepective, Nash explains that, “I come from a long, long line of women who felt like their identities were wrapped up in whether or not they had a man.”

Due to the pervious views of LGBTQ+ relationships in society, Nash and her mother turned to therapy.

“Thank god for therapy because we are all in, and been in it, and it’s a process.”

Watch the new episode of the Red Talk Table, here on Facebook watch.