Home Hot Tea ONE Musicfest Took Over Midtown with over 50,000 Plus Attendees 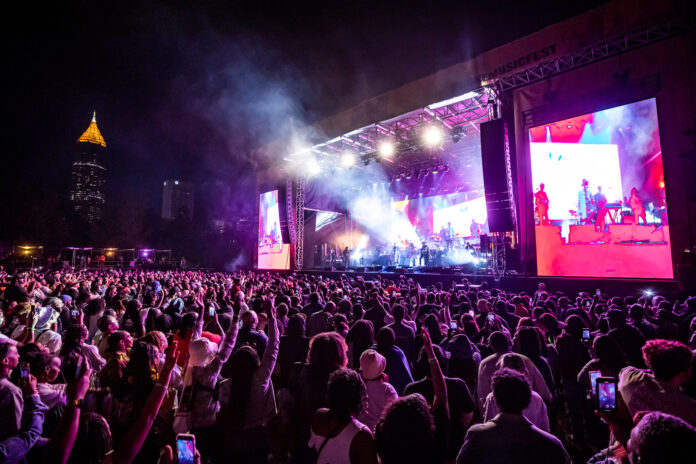 ONE Musicfest and Live Nation Urban brought the entire city of Atlanta GA out shutting down the streets near Central Park for the 2-day festival. The festival was full of vendors, performances and fifty thousand in attendance. Many artist hit the stage including the legendary Ms. Lauryn Hill, Mya, Sean Paul, Rick Ross, Lil Baby, Jazmine Sullivan, The City Girls, and more.

Sponsored by Toyota, the festival returned with awhirlwind of live music, games, some of the best food vendors in the Southeast, brand activations, and merch throughout.

With the diverse musical and cultural appetites within a city rich in a history of great musical tradition, ONE Musicfest once again proves itself as one of the most anticipated festivals in the Southeast, providing an environment that truly caters to the genre-bending palette.