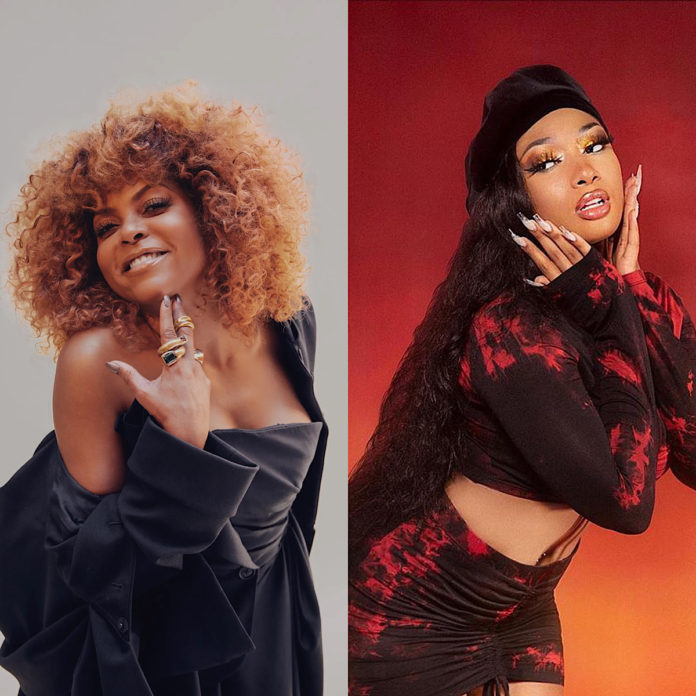 When all else fails, thank the universe for a sound mind and your inner peace.

Season 2 of Peace of Mind with Taraji is coming back with their October 11th premiere on Facebook Watch and what an experience it has been for viewers. In this season we can anticipate hosts Taraji P. Henson and her best friend Tracie Jade to get deep into the minds of their celebrity friends regarding their mental health journeys.

Episode one will premiere with award-winning rapper Megan Thee Stallion discussing how the industry gave her the biggest lesson about toxic people and how to surround yourself with positivity.

Clinical Psychologist Dr. TK Jackson also joined in on the conversation on how mentally toxicity can affect us as humans. “How does being surrounded by toxicity impact us?” Henson asked, to which Jackson replied, “I believe you are the average of the five people you hang out with.”

Taraji and Megan dove deep into a conversation about personal experiences. They have been great friends since Megan made a name for herself in the music industry, so the conversation gave ‘two girls friends talking on the phone’ vibes. “The way you are to people that might not be how everybody else is so I had to start being careful,” the rapper said. “I can’t let everybody get this good energy because they don’t deserve it.” Jackson responded with a solution to protecting your energy. “First assess where you are right now and then where you want to go,” she says. “Where do you want your life to be in five years in every compartment and then take another look at least the first five friends that you wrote down on that sheet of paper. Do those people reflect where you want to go?”

This season we can see appearances from big names in Black entertainment like Chloe Bailey, Nicole Byer, Chance the Rapper, Bretman Rock, G Herbo, Karl Anthony-Towns, Jordan Chiles, and Angela Simmons as the show focuses on mental health of the Black community.