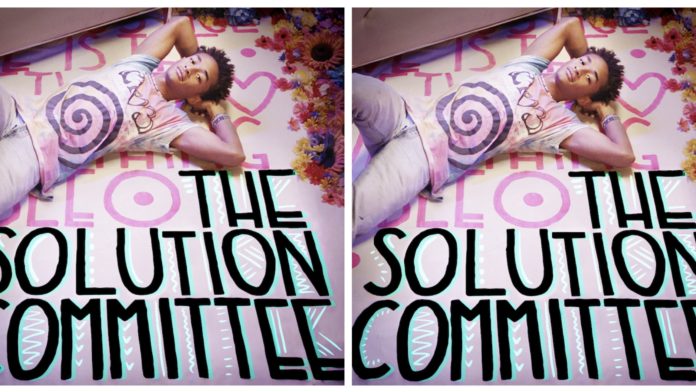 Jaden Smith has always been an advocate for the youth. On top of being an artist and entrepreneur, he makes time to inform and share resources for the youth of our culture.

The presidential election is 47 days away and Jaden had released a new project just in time. He is continuing his work as an activist by hosting a new Snapchat series titled The Solution Committee.

Smith previously said, “My goal is to motivate as many as I can to become solution-based activists. The goal is to become experts in not just the issues we face, but around the solutions we have in our hands…I want my generation and the next one to understand that the private and public sectors are both needed to solve big issues. We need to put pressure on both by voting — with our dollar and the ballot. Vote, vote, vote, vote!”

The series is going to be raw, unscripted, and direct about political issues and what we can do as a generation to impact change. Jaden is starring up some buzz as it has been reported that special guests on the show include Hailey Bieber, Yara Shahidi, activists Gabe Fleisher, and Winter BreeAnne. He will also tackle topics of racism and inequality, with appearances from Common, Janelle Monáe, Phoebe Robinson, Lena Waithe, and sister Willow Smith. This show is going to be a star-studded event!

Check out the trailer for the show below:

“Historically people between the ages of 18 to 23 have been less likely to vote. This is because a lot of young people feel like they don’t have the information or know where to get it. This show is about educating, the youth and making sure they feel empowered and ready to vote,” he noted in a press release.

This Snapchat original series will premiere on September 21 on the discover page. Prepare for eight new episodes that will air every Monday, Wednesday, and Friday.