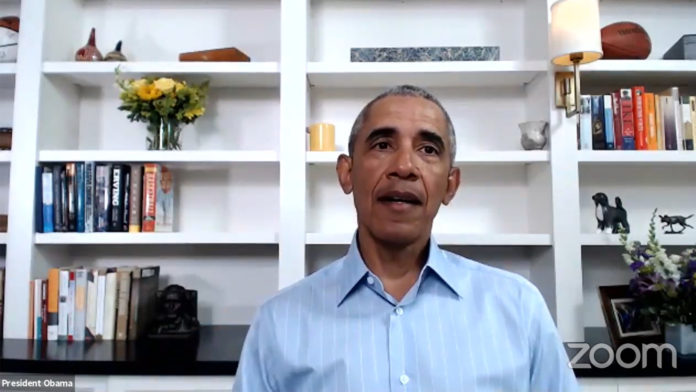 On June 3rd at 5 pm, former President Barack Obama joined a live-streamed Town Hall Meeting held by My Brothers Keeper, an organization Obama launched in 2014. The meeting addressed the current issues in America and strongly urged Americans to “finally have an impact” in wake of the George Floyd riots.

“In some ways as tragic as these past few weeks have been, as difficult and scary and uncertain as they’ve been, they’ve also been an incredible opportunity for people to be awakened to some of these underlying trends,” Mr. Obama said. “And they offer an opportunity for us to all work together to tackle, to take them on, to change America and make it live up to its highest ideals.”

This was his first live statement since the death of Floyd. He expressed his condolences to the Floyd family and any family who has been affected by any tragedy.

“Let me start by just acknowledging that we have seen—in the last several weeks, the last few months—the kinds of epic changes and events in our country that are as profound as anything I’ve seen in my lifetime,” said Obama, adding, “To those families who have been directly affected by tragedy, please know that Michelle and I grieve with you, hold you in our prayers, and are committed to the fight of creating a more just nation in memory of your sons and daughters.”

In a statement published on Obama Twitter, he stated “This shouldn’t be “normal” in 2020. It can’t be “normal”. If we want our children to grow up in a nation that lives up to its highest ideals, we can and must do better.”

Obama also strongly stood behind the thousands of protestors risking their life for a change. Directly young people of color who have witnessed a lot of tragedy at the hands of the very same people who took a vow to protect us at all cost.

“I want to speak directly to the young men and women of color in this country, who…have witnessed too much violence and too much death, and too often, some of that violence has come from folks who were supposed to be serving and protecting you. I want you to know that you matter, that your lives matter, that your dreams matter.”

Obama urges local leaders of our nation to stand up and take action.