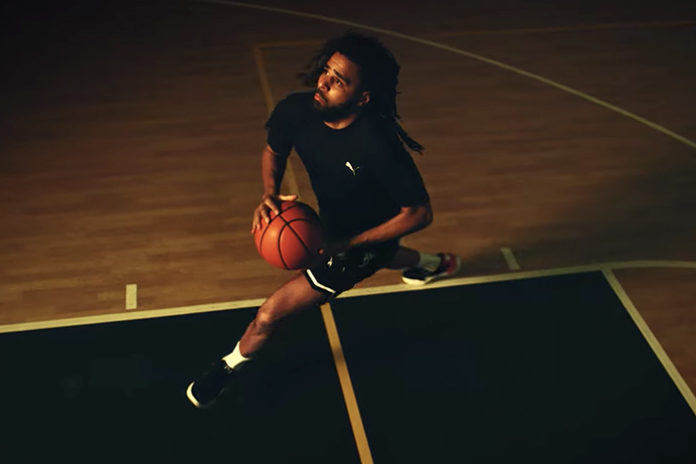 After months of predictions, Puma officially announced a multi-year partnership with recording artist J.Cole. Featuring a short film, which was produced by PUMA and Dreamchasers Production as well as co directed by Cole himself. “The Dreamer”, which is the name of the film, is centered around Cole’s own journey from a young child watching the older children playing basketball before taking a shot himself.

As Puma’s latest brand ambassador, Cole has released his Sky Dreamer sneaker, which has an ‘80s inspired look with a modern day performance tech.

“Our partnership with Cole is deep-rooted,” says Adam Petrick, Puma’s Global Director of Brand & Marketing. “Cole’s involved in product creation, marketing campaigns and cultural guidance. He is going to be a key player in many of the things we do at PUMA moving forward and we’re excited to work with him not only on a product level but even more importantly as one of our athletes.  Cole sits at the intersection of music and sport and represents everything that PUMA stands for as a brand.”

The commercial is set to air during Sunday’s NBA All-Star game.