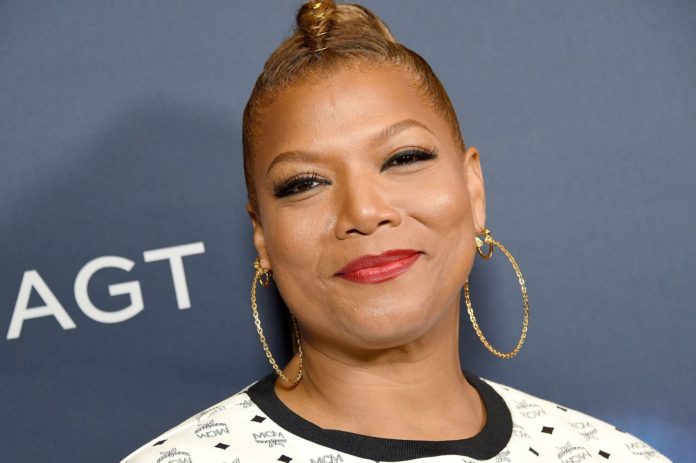 The new drama series, ‘The Equalizer‘ that aired on Sunday (February 7th) on CBS stars songwriter, rapper, actress, and producer Queen Latifah starring in the main role as Robyn McCall in the action series.

According to BET, “Latifah portrays an enigmatic woman who is a single mother of a 15-year-old daughter Deliah (Laya DeLeon Hayes). What her daughter doesn’t know is that McCall has a secret life as ‘The Equalizer’ as she turns into an anonymous guardian angel and defender of the defenseless in pursuit of her own personal redemption.”

Queen Latifah sat down with BET in an exclusive interview to discuss the dynamics of her character, who’s role was initially written for a white man.

Latifah explains that even with the change of casting, her role as McCall as a black woman feels “natural.” She says “I think that Black women have been equalizing for years and years,” says Latifah who is also known for her critically-acclaimed roles in Bessie and Chicago. “From Stacey Abrams to Kamala Harris to my mother to my grandmother, seeing a Black woman equalize is not a new thing to me.”

Latifah wants viewers to see the power of dynamics that Black Women are capable of having, even if it’s every week through a tv series, the storyline is one that is not typically shown to a wide audience.

“We need to see more of it. We’ve been doing what we have to do. We’ve been carrying a lot of things on our backs,” she continues. “Unfortunately, sometimes we’re not lifted up in the way we should be when it comes to how much we actually carry, how much grit we have, how much determination we have, how powerful we are, and how magical we are. These things come naturally.”

The Equalizer plans to bring a new dynamic to Black Women and the day to day obstacles that are faced, while also normalizing the power that Black Women posses.

“I think the world needs to see what it’s like, what life is like for us,” Latifah says.