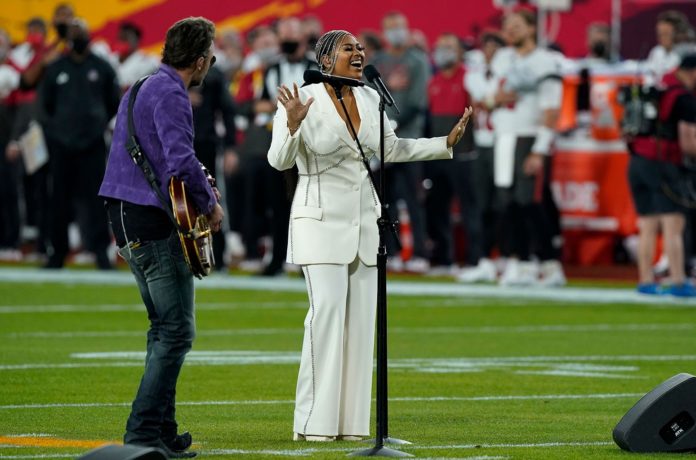 During the star spangled banner practice rehearsal, Sullivan was seen wearing a green, blue and white sweatsuit. Similar to Houston’s red and white sweatsuit, which is considered one of the best national anthem performances to date. The “Heaux Tales” singer paid homage to the late Whitney Houston, and the comparison is uncanny. See below.

During Sullivan’s performance at the Super Bowl LV Sunday, she graced the field in an all white two-piece suit, with a dazzling headpiece and dueted with Country singer Eric Chruch. See the performance below.