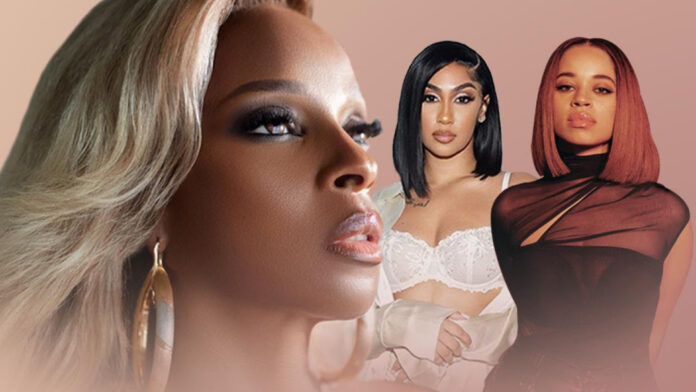 Mary J. Blige is an American singer, songwriter, and actress. She is often referred to as the Queen of hip hop soul and rightfully earned as she has amassed numerous awards in this scope. She has won and been nominated for awards from the Grammys, American Music, Billboard, the Golden Globe, and the Academy awards show. Additionally, in compounding her path of fame and success, she is set to announce the start of her upcoming 23-city Good Morning Gorgeous Tour.

The Good Morning Gorgeous tour will be presented in partnership with, The Black Promoters Collective (BPC). They are a coalition of six of the nation’s top independent concert and event production and promotion companies, with the shared mission of being the worlds leading producer and provider of culturally relevant live entertainment experiences.

“Mary J. Blige has been one of a select handful of artists at the top of our desired list to partner with since the initial construction of The BPC. Having her support in our mission so early in the process is a testament to the hard work we have put in to bring superior cultural experiences powered by black business to the masses. We firmly believe this is a match made in heaven and are honored to partner with the Queen,” passionately shares the BPC co-founder and President Shelby Joyner.

In additional support, the tour will also be presented in partnership with Hologic, the women-focused health-tech medical firm.

“As a global leader in women’s health, we’re committed to emphasizing the lifesaving importance of preventive screenings and the annual Well Woman exam, and Mary’s voice is a powerful way to reach millions of women. We’re thrilled to continue our partnership with Mary J. Blige as the presenting sponsor for her Good Morning Gorgeous tour,” ecstatically adds Steve MacMillan, Hologic’s chairman, President, and CEO.

The tour is slated to accompany Blige’s number 1 spotting, R&B charting album, Good Morning Gorgeous, released earlier in February of this year. Furthermore, joining in the Good Morning Gorgeous circuit will be fellow equally hot, stunning, and award-nominated and decorated female R&B artists, Ella Mai and Queen Naija. Tickets for the new tour will become available for sale to the general public starting June 17th at 10 am. There is a special incentive, in advance sale tickets, for American Express card members, with pre-sales being available as early as June 15th. You can purchase your experience by visiting BPC.