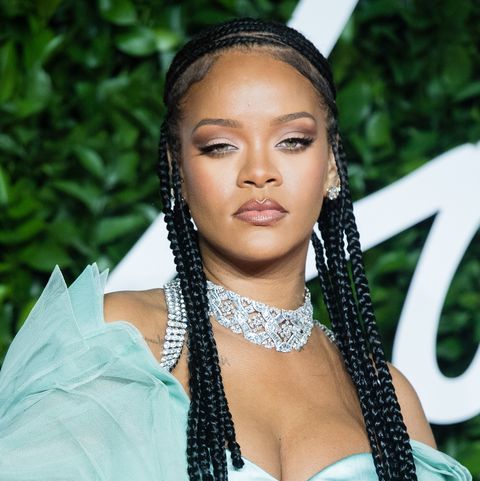 It has been announced that Rihanna is set to receive the President’s Award at the 51st National Association for the Advancement of Colored People (NAACP) Image Awards. The NAACP President, Derrick Johnson, will present the award to Rihanna during a live TV special airing on BET. The President’s Award recognizes celebrities who earned special achievements and demonstrates distinguished public service, with previous recipients including last year’s recipient, Shawn “Jay-Z” Carter, Jesse Jackson, Lauryn Hill, Soledad O’Brien, Colin Powell, Condoleezza Rice and Muhammad Ali, among others.

“Rihanna has not only enjoyed a groundbreaking career as an artist and musician but has also distinguished herself as a stellar public servant,” said Derrick Johnson. “From her business achievements through [her cosmetics line] Fenty, to her tremendous record as an activist and philanthropist, Rihanna epitomizes the type of character, grace, and devotion to justice that we seek to highlight in our President’s Award.”

Over the past 20 years, Rihanna has proven to be one of the most successful music artist of our time. She’s sold over 250 million records worldwide and earned over nine Grammy awards. Aside from her musical accomplishments, she has also established herself as a fashion icon and businesswomen with the rise of Fenty Beauty, a cosmetics brand, Savage X Fenty, a lingerie line, and recently becoming the first woman of color to launch a fashion line with LVMH Moët Hennessy Louis Vuitton, the world’s largest luxury group.

Rihanna thanked the NAACP for recognizing her talent by saying, “Super honored to be receiving the @NAACPImageAwardsPresident’s Award in recognition of special achievement and distinguished public service ❤️🥰 🙏🏿✊🏿thank you!!!! You can watch the show live on Feb 22 at 8/7c on @BET” on her Instagram.

The NAACP is highlighting her professional work as well as her dedication to social activism and philanthropy with her Clara Lionel Foundation. The CLF foundation was founded in 2012 by Rihanna in honor of her grandparents, Clara and Lionel Braithwaite. CLF supports and funds groundbreaking and effective education and emergency response programs around the world. CLF also engages in global advocacy with the goal of improving the quality of life for young people everywhere.

The Image Awards will be broadcasted live on BET networks on February 22, 2020 at 8/7 c. from Pasadena, California. Voting is still open to the public and fans are encouraged to submit their votes until February 7th for all 61 categories.