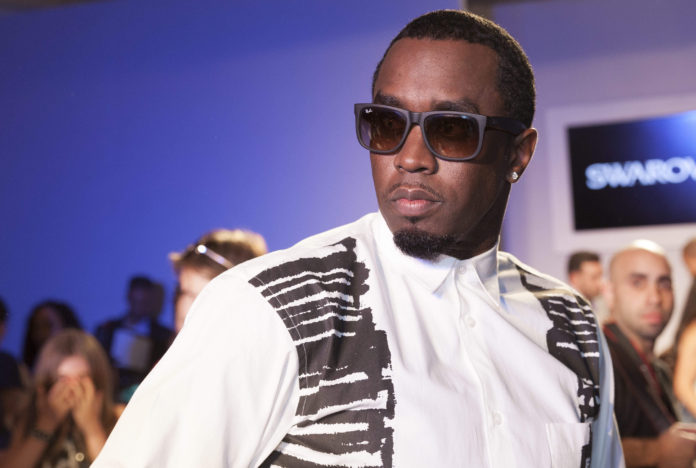 In the September issue of Vanity Fair, Sean “Diddy” Combs announces his plans to launch a new record label exclusively for R&B artists and his new ‘Love’ era.

“I feel like R&B was abandoned and it’s a part of our Africa American culture,” the Combs tells Vanity Fair.

Addressing the former criticism regarding his management style and music contracts, Combs plans on doing things a little differently. Unlike Bad Boy Records, Combs plans on offering artists a 50/50 partnership instead of signing them. His main focus for this shift is to remain transparent with the talent.

“[The new label is so that ] we can once the genre; we don’t own hip-hop right now,” he explains. “We have a chance to and I’m going to make sure that- we own R&B.”

The 51-year-old music mogul is returning to his R&B roots by releasing a new R&B-centric album, Off the Grid, this fall.

This is the first music that the Bad Boy Founder has released since his 2015 mixtape, Money Making Mitch.

Throughout his career, Diddy has used name changes to reinvent himself. Each name change highlighting a specific era of his life.

He was first introduced to the world as Puff Daddy.

“The Puff Daddy era, that’s like this young, brash, bold hip-hop, unapologetic swagger on a million and just fearlessness and really doing it for the art and rooted, the only thing I know is hip-hop,” He says. “I don’t know about changing the world or anything like that as possible.”

This era made Diddy a cultural icon. His shiny suits, elaborate music videos, and style made Diddy the symbol of Hip hop culture.

Although the era started off with glitz and glam, that musical decade ended in violence and loss. Diddy remembers the personal toll it took on himself and his image.

“Puff Daddy had just got through East-West war,” the rapper reminisces. “Nobody wanted to get in the room with me. They thought they was going to get shot.”

“Then after Biggie, I just, and after all of that,” He explains. “I wanted to get into other businesses. And so Biggie had called me Diddy because of my bop, the way I walk, my swagger, and they got something called the diddy bop, that just, it just happens to, it’s not me, it was something before me. That’s the diddy bop. It’s the way a brother would walk around, walk down the street.”

With the era of fast money, loss, and violence behind him, Diddy reinvented himself yet again but this time a businessman. As the genre of hip-hop spread globally, Diddy’s entrepreneurial spirit was truly unleashed. Through elite fashion brands and lucrative deals with liquor companies, he began redefining the culture of hip hop. Diddy catapulted Hip hop culture into another playing field.

This current era of his life was also influenced by loss. In 2018, the mother of three of his six children, Kim Porter passed away. This traumatic loss shook the music mogul to his core. Shortly after Porter’s death, Combas faced another tragic loss the passing of his mentor and friend Andre Harrell.

As Combs battled his personal traumas, the world around him began to open up to its own truths. During this time incidents of police brutality and sexual violence were thrust into the mainstream Social justice organizations, Black Lives Matter, and the #MeToo movement, unveiled the truths that many minorities face in their day-to-day lives. This open transparency inspired Combs’s current era of Love.

“Love is a mission,” he says. “I feel like that’s one of the biggest missions that will actually shift things. But besides that, we—the world—is different. We have the internet, we have the power, we have a culture.”

Diddy’s new era of love has given him a new purpose in life.

“I feel like God sent me, God, put on my heart, ‘What’s your purpose?’ I was looking at all these things, it’s preachers and just different people talking about purpose because I was like, man, purpose is something deep. Have I really found my purpose? I know I’m making money and I’m successful and I’m changing the game so-called, but is that my purpose? And then I really prayed on it and God told me, ‘Your purpose is to play a part in saving the Black race.’

Now in his era of love, Sean “Love” Combs hopes to use his platform to help build black wealth and the black community through education, music and inspiration.