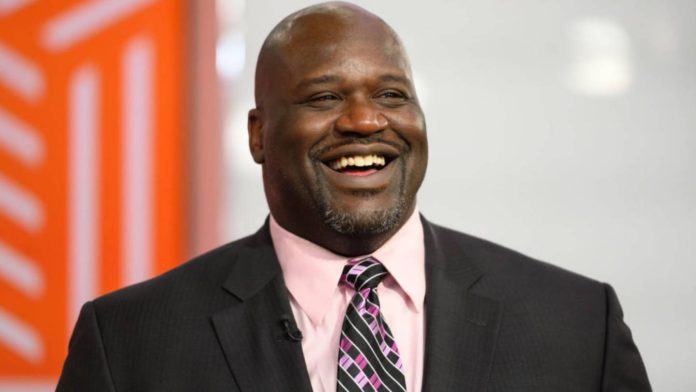 NBA legend Shaquille O’Neal paid for a young man’s engagement ring at the Atlanta Zales in a random act of kindness.

Shaq was visiting the store to purchase earrings when he overheard the young man discussing the ring’s payment options.

According to the New York Daily News, during this exchange, O’Neal stepped in and offered to pay for the ring in full.

The kind moment was caught by Chaz Cherry, a friend of Shaq’s who works at Zales and posted on Instagram.

“He told me his budget and picked out two rings that were within that budget,” Cherry recalls their exchange. “The only problem was that the sale to keep it at the at price range ended that day, and the next day the price was gonna jump back up to a little over his budget.”

The current NBA analyst discussed the event on NBA on TNT on Tuesday (April 6th).

After the kind exchange, the two posted a picture together, that has since gone viral.

“I’m into making people happy, so whenever I leave the house, I try to do a good deed every day. It was a young guy trying to pay for his engagement ring on layaway. I said, ‘you know what…tell your girlfriend I got it, and I’ll take care of it,” O’Neal says.

Although he didn’t mean for the moment to become public, O’Neal admits this is something he does often.