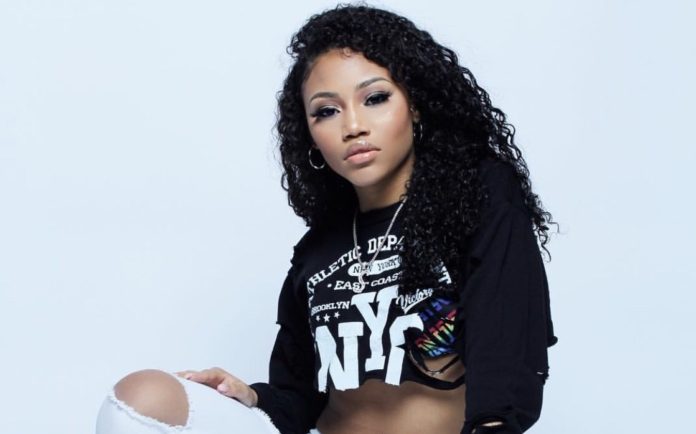 At only 16 years old, Supa Peach is on her way to conquering the world of entertainment and business. She can rap, sing, dance and act. Oh, and she’s a business owner. You may know her as one of the biggest stars to rise from the Lifetime TV series, The Rap Game with Jermaine Dupri. At the time she was 12 years old and held her own as one of the youngest in the group competing to land a record deal. However, Supa Peach was a star long before the reality competition show.

Supa Peach first went viral at just nine years old spitting rhymes in clothes that she uniquely put together herself. After receiving over one million views she realized that rapping is what she wanted to pursue in life. Along with continuing her music, Supa Peach kept making YouTube videos and now has over 400K subscribers. Her fan group is even larger on Instagram with 1.6 million followers.

“No Target” is Supa’s latest single featuring Project Youngin. “A vibe” is how Supa describes her sound. Fans can soon expect the music videos for “No Target” and her song “Cartier Vision”; which is about her quest to be among the elite in rap music. “Mad for a Reason” is another new single from Supa coming out before the end of the year. JaGurl TV asked Supa if she was dropping an album or mixtape any time soon and Supa says that she doesn’t have any plans of doing so but she would drop an album next over a mixtape.

SupaaTVs is the name of Supa’s business where she sells dirt bikes, 4 wheelers, helmets bikes and parts. She says she’s been selling bikes for about three years now and her love of riding inspired her to turn it into a business. She also has a passion for acting and made an appearance in the show Music and Murder. “No cap, I’m going to be the biggest entertainer of all time,” says Supa. She attends both public and homeschool to balance her career and has been playing for her school’s soccer team since 9th grade. Even with her blossoming career she still plans to go to college online. When asked what’s her favorite quote to live by she says, “Whatever God got for you gonna be for you.”