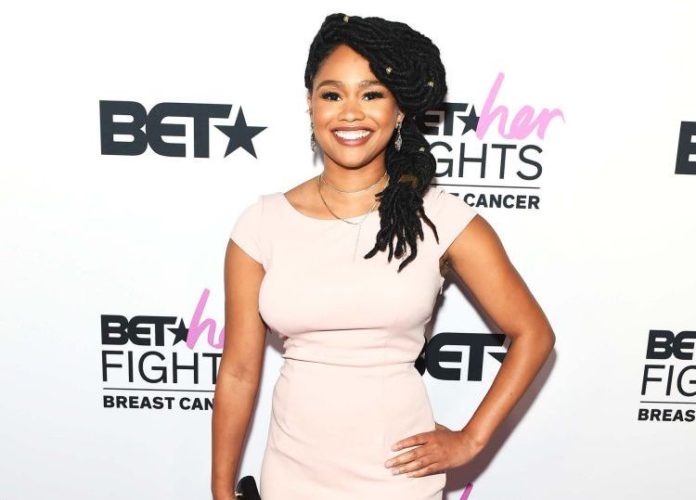 Presenting on the BET Her Fights: Breast Cancer, Tanisha Long had a chance to stop with JaGurl TV and discuss her role on the new TV series Bigger that aired on BET Plus.

Long will be playing the character Layne in the new Will Packer series Bigger. She elaborated on her character saying, “I’m very free spirited and trying to figure out my life. She’s in her mid-thirties, and she’s trying to figure out why she doesn’t have everything you’re supposed to have in your mid-thirties. She makes some really big possible mistakes in her life.”

Long also explained that the show will air on the BET Plus app, with new episodes every Thursday. “It’s gonna be on the app, so please watch it!”

What are some other great things going on in this actress’s life? Long explained that she was blessed to present at the BET Her Fights Breast Cancer and,  “I have a bunch of wonderful people in my life that I work with..” referring to her co-stars Angel Conwell, Rasheda Crockett, Chase Anthony, and Tristen Winger.

Be sure to check out Tanisha Long as ‘Layne’ on the new show Bigger, that is produced by Will Packer, on the BET Plus app.