Back at it again, this year Ferrari & DJ Holiday hosted their annual charity basketball game at Southwest Dekalb High School with some of their celebrity friends and family. The packed-out bleachers contained some of the hottest upcoming artist and future artist we all know, not to mention there were also some social media sensations cheering the teams on.  Some of the lineup players that was on the roster were Wild’N Out’s star DC Young Fly, Atlanta’s very own Trouble, Love N Hip Hop Star Shooter, One Play, Fly Guy DC and more. We can’t forget the lovely ladies Persuasian and Woah Vicky cheering their teams on. You already know we got the insight on some of your favorite artist.

Cheering Team Ferrari on we had a pleasure to interview Molly Brazy. For those who don’t know her, she is independent female rapper out of Detroit, her fan base is more than a million followers on Instagram and she is known for some of her hottest songs Big Brazy, Ion Like You, and Last Minute just to name a few.  Fans have been waiting and anticipated on Molly Brazy to drop her album and we got the exclusive. According to Molly Brazy, she is dropping her album at the end of this month called “GOOD TO LAST” with a total of 20 songs. “This album will feature Kash Doll, TK Kravitz, 42 Dub, Cowboy, and Lil Tjay”. Definitely something for everyone to look out for!

Rooting for DJ Holiday, we got a chance to speak with the oh so talented Johnni Blaze. She informed us she just cut a record with One Play called “ Bona Petite” and did a song with Jamaica’s bad mon Beanie Man. According to Johnni Blaze she has a “album coming out this Summer in June, with no features. This album is going to contain old throwback 90’s samples”. So, if you’re a fan of the 90’s throwbacks, you most definitely want to keep your eye out for it this summer. You can also catch Johnni Blaze performing at Trap Festival and will be in attendance at Birthday Bash.

With a tight score of 68 to 67, Team Ferrari’s manages to make a 3pt shot ending the game with 70 to 67. Very close tie game, but all love in basketball. With high stakes & bets from the opposing teams. According to Ferrari, DJ Holiday has to pay his dues of $1000 for losing and of course entry will be donated to the girls’ basketball team. If you miss this years amazing game, you can always catch it next year. 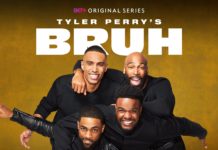 EXCLUSIVE: The Cast of Tyler Perry’s BRUH Answered Our Burning Questions for Season One and What to Expect in Season Two 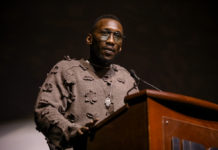 Mahershala Ali sheds a Spotlight on kids in new Documentary ‘We Are the Dream: The Kids of the Oakland MLK Oratorial Fest’ 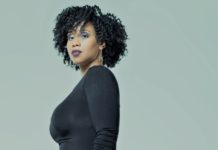 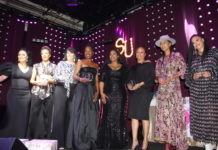 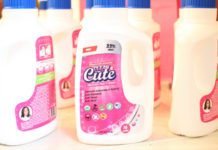 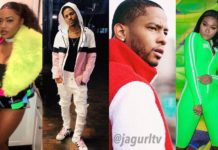 Are you in LOVE with R&B? 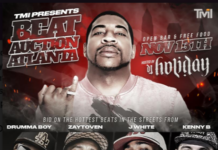