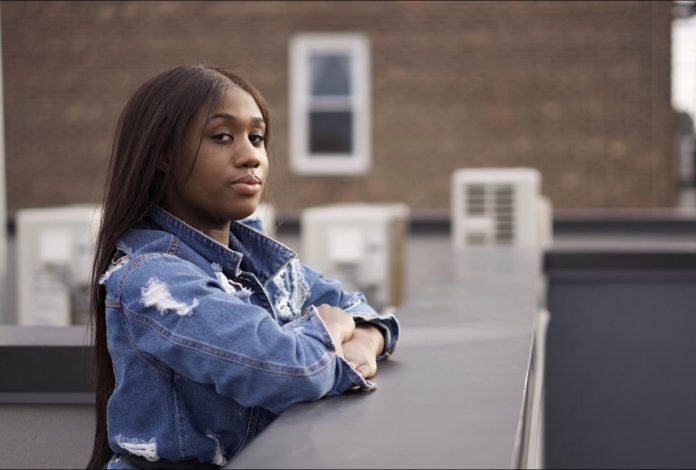 Amina Mamaty is a French born reality Tv/branded content casting producer. Mamaty was born and raised in Paris and came to the United States at the age of 17, first as an exchange student, and then to pursue higher education. In 2014, she graduated from Grand Valley State University with a B.A. in Broadcasting. With her diploma and the ambition to impact the television world, a few months later, by the age of 24, she was hired by BET to work on a documentary special on the shooting of Michael Brown and, then brought on the casting team for the Award-Nominated TV show “Love And Hip Hop” on VH1, one of the top 3 highest rated programs on the network.

Amina has since then added many more successful programs on her impressive résumé such as “Basketball Wives” on VH1, Award-Nominated and renowned series, “Real Housewives of Potomac” on Bravo, and has been credited with the pitch, development and casting of VH1’s  “Beauty Bar” and  TLC’s “My Crazy Wild Life.”

Throughout her career, Amina Mamaty has been transitioning back and forth between casting producing for reality tv and branded content. Today, her achievements also include creating content for huge brands such as L’Oréal, Maxwell, Dove, and Heineken, just to name a few. She has given millennials, especially women, a chance to share their stories in front of a large audience, and a voice to be reckoned with. Through her extensive experience in the fields of film and television, Amina Mamaty is giving us the secrets behind a successful reality tv show.

As an established casting producer in New York City, with many hit shows under your belt, what would you say are the biggest misconceptions about producing a reality series?

A lot of times, people really think that all you have to do is to bring cameras and just start recording crazy and funny moments. I can’t count how many friends of mine have mentioned before “oh my God, we need our own show” or “I should be on TV, my life is crazy” , but that’s not how it works, unfortunately. On reality shows, the stories and people are real, but you still have to develop and structure it to make it a progressive, interesting doc-series. There is a lot that goes on and the difficult process can take up to 2 years, between supervising the booking of locations, contracts, overseeing storylines, and most importantly, casting.

How important is casting for a show to be successful?

Without casting, there is no show. It’s the most important phase for every single movie, commercial or TV show we watch every day. It brings an idea/concept to life. Casting is a very long, hard process and requires me to have a good eye for talent. It’s hours and hours of research online to find the perfect person who’s hopefully never been on television, or never been approached by another producer. The quality of my cast determines the success and ratings of the show, so an impeccable job is extremely important.

What advice would you give to someone trying to get on TV or who think they have a hit show concept?

You must have personality and also a decent following. You have more chances to get an interview with me if you have a huge personality, rather than tons of followers. A lot of people have tons of followers but don’t make the cut because they are boring. If you are boring, then you must have money, an unusual, successful business, or a luxurious lifestyle the audience would be interested in seeing. Also, make sure you are active on social media. It’s easier for me to find you.

What’s the hardest part about being a casting producer?

I would say one negative aspect is telling potential talent you’ve worked with for months that they didn’t make the cut. You can’t get too attached but you started getting to know them and really wanted some, if not all of them, to win, but not everyone makes it to the final round. Another negative aspect is recognition. People often forget that what goes on in front of the camera is not possible without what’s happening behind the scenes. A lot of times, casting producers and directors are not mentioned in the credits, even though the show wouldn’t have happened without our hard work. Personally, I know I do a great job and don’t let a missing credit take away from my achievements. At the end of the day, when you get to add another hit show under your belt and know what you brought to the table, nothing else really matters!

What’s to come for you in the future? Any new exciting projects?

There have been some talks on doing casting in a new city for a franchise I have worked on in the past. I am currently trying to figure out my involvement with that new project. I can’t say too much about it yet, but will definitely keep you posted!