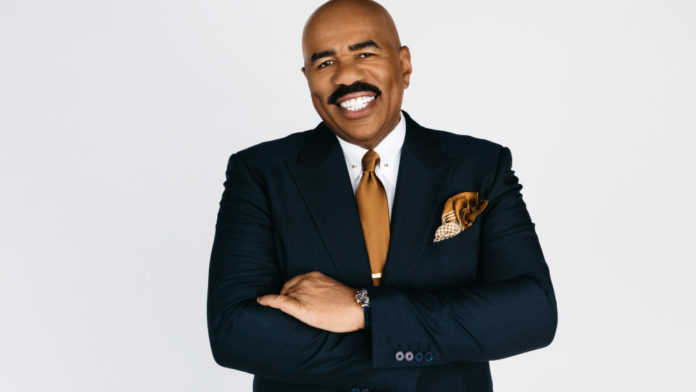 If you missed the Steve Harvey daytime talk show then you’re in for a treat because he’s coming back, but this time on Facebook Watch. According to the Atlanta Black Star Harvey’s new show is called “Steve on Watch,” and just like his NBC day time show he’ll talk to celebrities and non-celebrities to discuss the everyday issues affecting his audience.  Steve Harvey’s talk show will be produced by the production company Endeavor Content and they’ve been eyeing the talk show since it’s been taking off air back in June. We see successful shows like “Red Table Talk” starring Jada Pinkett Smith, premiere each Monday with exclusive content and interviews. The Facebook Watch platform will open the doors to a new audience to the popular talk show.

Harvey is excited for the new partnership and believes Facebook is the best platform for him to communicate with his audience, “Reaching my audience anywhere and everywhere they are has always been the goal,” said Harvey in a statement. “Facebook Watch viewers are the most energetic, engaged community and so are my amazing fans. Getting all those people to directly engage on a platform like this is the perfect evolution of the show.” Harvey’s talk show will return Jan.6, 2020.  Variety reports that Harvey has already started shooting segments of the show at Tyler Perry Studios in Atlanta between Dec. 3 and Dec. 6. The first episodes of “Steve on Watch” will run for 10 weeks and have several segments each week.