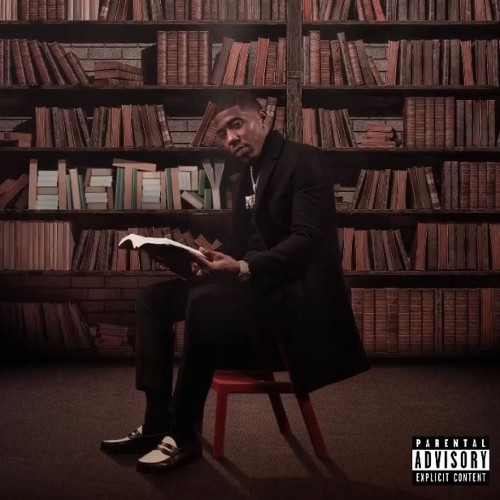 YFN Lucci is an American rapper and songwriter from the neighborhood of Summerhill in Atlanta, Georgia. He has been signed to his label ‘Think It’s A Game Entertainment’ since 2014 and is known for hits including “Key to the Streets” and “Everyday We Lit”. which peaked at No. 33 on Billboard Hot 100. YFN Lucci, born Rayshawn Bennett, made a special appearance in his hometown of Atlanta to celebrate the launch of his second studio album “HIStory”. The gathering in Midtown Atlanta was at Pandora for the SiriusXM+Pandora Playback series; it was an intimate gathering of fans and supporters who came to listen to new songs from the album and to hear YFN Lucci share about his experiences since his career has taken off.

Lucci is a family man. He is a father of four; three girls and a boy and is close to his own father who is of Jamaican descent. He recently met his grandmother when he traveled to Jamaica for the first time this year. One of the tracks on the new album “Let Me Know” features Power actor and musician Rotimi and has a Caribbean vibe. He says that since working with Rotimi, the two have become friends and sometimes play basketball together. He spoke about parenthood as well. When asked about the hardest part of being a parent, he said that having to split the children up is hard sometimes. Lucci has two different mothers for his four children and they attend different schools. “That’s the hardest part. Trying to be there with them all at the same time.” He said the best part about being a dad is “you get to take care of your kids and just to bond with them, spend time with them. They gone always love you.”

When asked what he looks for in an artist, Lucci replied, “I ain’t saying they gotta be like me, but I look at things that we have in common. I don’t play about the music, I’m locked in. It’s my passion in life. I want them to be hungry. Some rappers come in the game they feel like their supposed to get everything because they are around me. They see I have all these cars and I’m not gonna drive all of them. They know I got all these watches; but when I came in the game, I ain’t have all these watches. I earned all that. You can’t just sit there and wait for a man to do everything for you. You gotta show me you want that.”

YFN Lucci performed about 4 songs from the new album before he was presented with a plaque from Pandora for having achieved over a billion streams on the platform. Only 500 artists have achieved this number and he currently sits at 1.2 billion streams. “HIStory” released at midnight on December 13th and is available on all major streaming platforms.