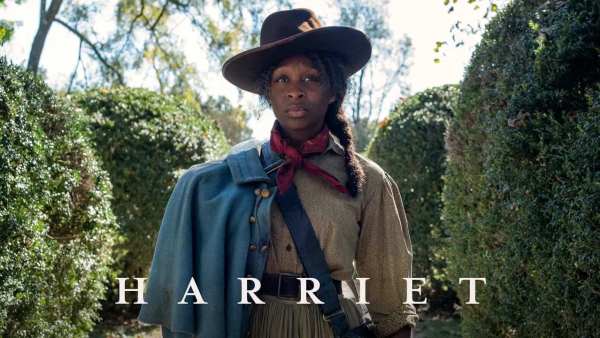 The new movie Harriet tells the story of the heroic Harriet Tubma. The film is set to hit the big screen November 1st, 2019 and many viewers are anticipating filling theater seats to watch. There have been countless stories telling the story of Tubman but according to the filmmakers of the movie, many stories have incorrect facts or false depiction of who Tubman actually was. Filmmakers have flipped through many biographies and first-hand accounts to separate fact from fiction. According to the New York Times Harriet is the first feature film to focus solely on the Underground Railroad. Here’s all you need to know about the movie.

One of the most repeated myths about Tubman was that there was a $40,000 bounty on her head, an extremely high amount at a time when the reward for the capture of John Wilkes Booth, Abraham Lincolns assassinator was $50,000. “If it were that high, she would have been caught,” said author Kate Larson of the book “Bound for the Promise Land”. In the film, you will we see posters citing a more reasonable amount of $200 or $300. In her 1869 Biography it was stated that she rescued 300 slaves in the underground railroad, “Her story was a hard sell at the time, so they embellished things to try to sell it,” said Kasi Lemmons, the film’s director. The filmmakers also included many of the least talked about moments from Tubman’s life, including the films opener in which a young Tubman hires a white lawyer to examine the will of her mother’s former master, only to discover that her mother and herself were legally free.

Although they wanted to keep the story as honest as possible they had some conflicting timeline events such as the Fugitive Slave Act being passed after Tubman became a conductor in the underground railroad. In actuality it was passed a few months after Tubman escaped. Lemmons said, “I know a whole lot about the story, so when I conflated, embellished, created or used poetic license, I certainly knew exactly what I was doing. I did want to present as much of it as accurately as possible. The story is so incredible that it sounds as if it’s not accurate, but it is.”

Are you looking for to watching Harriet ? Let us know in the comments below.