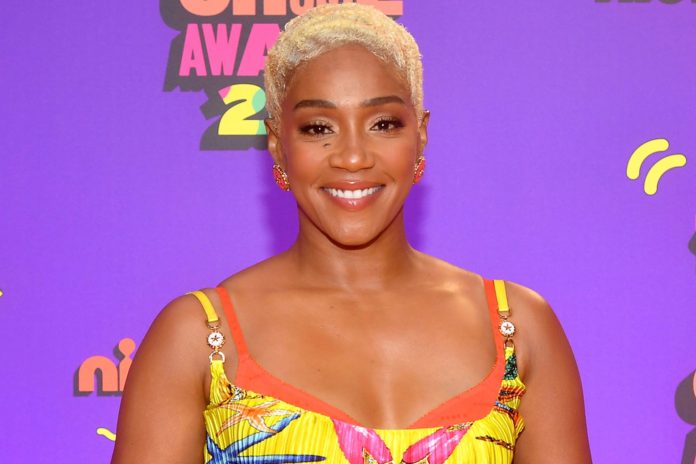 Tiffany Haddish sat down with PEOPLE to discuss the fitness preparation she has to undergo to depict Florence “FloJo” Griffin Joyner in an upcoming biopic.

“The Last Black Unicorn” writer went through a fitness journey herself last year, losing about 50lbs. Now, the comedian says that her weight loss journey has helped her feel more secure in herself and her body. Armed with self-confidence, the star is ready to portray the late track and field athlete.

Along with working out, the star has also been sampling some of Flo-Jo’s signature styles.

“Yeah. I have tried on some of the outfits, and I must say, I look pretty darn good in them,” says Haddish. “I had the long nails over the summer. We don’t have long nails right now because there’s a lot of typing that I’m doing; I’m in the process of writing my next book. So we need the fingertips so we can move quickly on the keyboard, but the nails will be back sooner than later.”

Haddish will be producing and starring in the film. The film also enlisted the aid of Al Joyner, Flo-Jo’s widower and former coach. Joyner will serve as a creative consultant for the film.

The track and field star retired in 1989; she died the following decade.