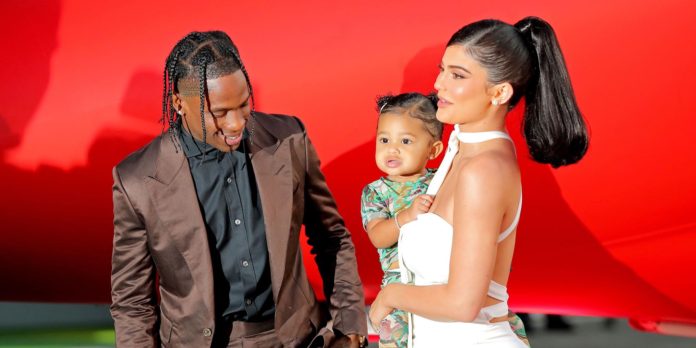 The “antidote” rapper tells the magazine that him and Jenner allow their child to “self-discipline” as a way to help her decision making.

Jenner and Scott parted ways in October 2019, since than the pair has been on-and-off. Regardless of their relationship status, the duo continued to uphold a close relationship in order to effectively co-parent their child.

In March of this year, Jenner sat down with Harper Bazaar and explained how her relationship with Scott benefits Stormi.

“We have such a great relationship,” Jenner tells the outlet. “We’re like best friends. We both love Stormi and want what’s best for her. … We stay connected and coordinated. I think about [my parents] in situations with Stormi, what they would do. They were very hands-on with me, and I want the same for Stormi.”

Recently, the pair announced they are expecting their second child.