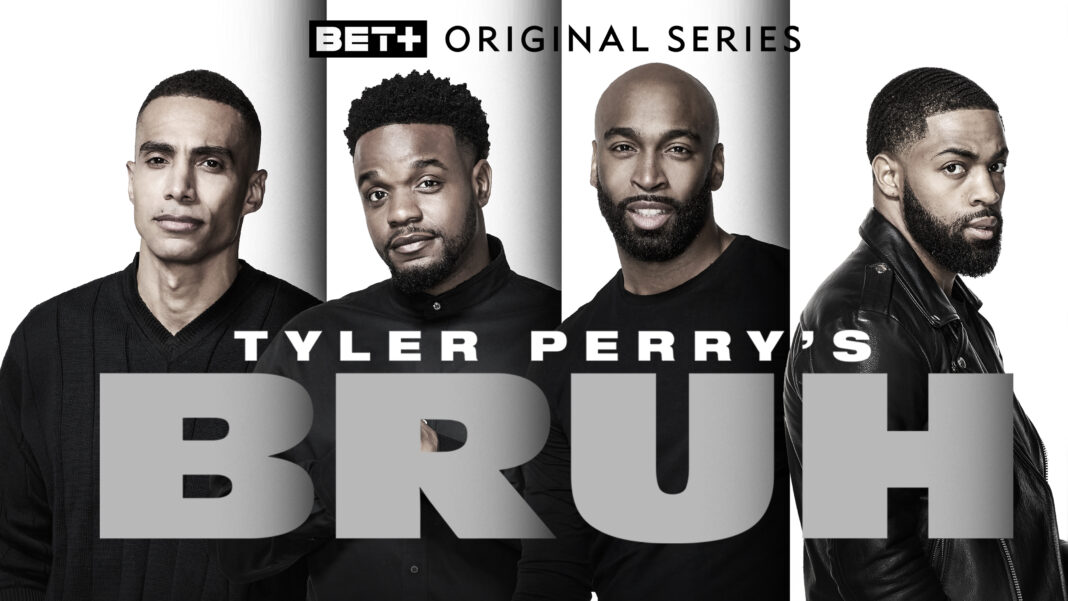 Tyler Perry is giving more representation on the screen with his show, dedicated to black men experiences life with the help of brotherhood, “BRUH“. The show highlights the highs and lows of college friends, and the light-hearted comedy does an amazing job of showing the realistic life of successful men in the big city.

The cast, Barry Brewer (“John”); Mahdi Cocci (“Tom”); Phillip Mullings Jr. (“Mike”) and Monti Washington (“Bill”) sat down with JaGurl TV to give us more insight on what to expect from their characters in Season 2.

Brotherhood plays a huge role throughout the series. “I think friendship and brotherhood is the one element that you get, honesty,” said Brewer, “they (your bros) can just be straight up with you and brotherhood is very important to everything you do as you journey through life.”

Brewers character in the show is just as funny as he is in real life, being he is also a comedian. Brewer, like his character John, has expired multiple moments of embarrassment, even on set with his co-stars.

“I can’t think of one specific moment, it’s never not an embarrassing moment with them, how about that,” joked Brewer.

He’s not the only one who’s life relates to their characters. During the interview Washington went down memory lane on his past dating life before marriage and remembers how similar it is to Bill’s.

“If you ever have to choose between two, then the first option is not the one,” said Washington. “When you have the one there is no debate.”

But problems come in other forms when a person cannot balance their friendships with their relationship. Which Cocci character experiences in season 2.

A big plot twist is in store for fans as the season progresses with Mullings Jr’s character Mike.

To find out more about the BRUH’s by watching the full interview below and tune in to catch Season 2 of Tyler Perry’s BRUH every Thursday on BET and BET + .