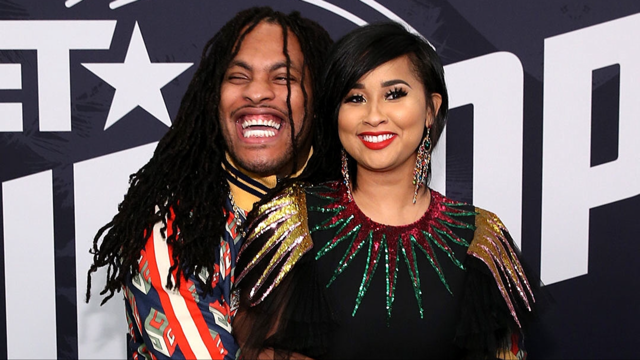 One of hip hop’s favorite couples is getting a show!

Marriage Boot Camp’s Waka Flocka Flame and Tammy Rivera are getting a new three-part spinoff series on WE TV called “Waka and Tammy tie the Knot.”

In the trailer, the two are shown going through ups and downs but also facing some possible drama from their mamas getting in their business. Weddings’ are difficult enough to plan let alone when family tries to put in their input!

The couple is definitely not new to the reality TV circuit.
Tammy appeared in Love and Hip Hop for multiple episodes and they both did Marriage Boot Camp.

In both shows the couple was open about past infidelities and current trust issue struggles.
They even broke up for several months in 2018 due to the rapper cheating with multiple women.

Looks like the two were able to work past their differences and come together.
We STAN for black love.

The show premieres Thursday March 21st at 8 p.m. on WeTv.