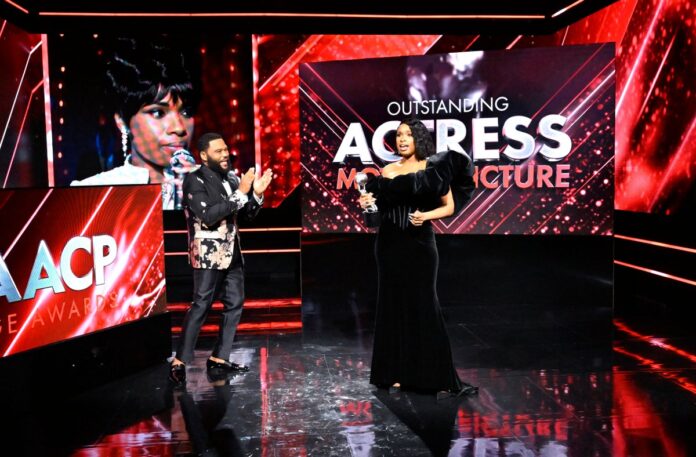 After a week-long virtual experience, the 53rd annual NAACP Image Awards aired on BET Saturday night. Actor and now eight-time NAACP Award winner, Anthony Anderson hosted the event where many were recognized for their achievements on screen and off.

Winners of the night included actors and actresses; Jennifer Hudson (“Respect”), Angela Bassett (“9-1-1”), Will Smith (“King Richard”), Sterling K. Brown (“This Is Us”), and Issa Rae (“Insecure”). Off screen, Nicole Hannah-Jones took home the Social Justice Impact Award and The Harder They Fall won Outstanding Motion Picture. Derrick Johnson, the NAACP CEO and President, also presented Prince Henry and Meghan Markle the President’s Award. “Through the work of their foundation and their unwavering commitment to the causes we believe in and share, The Duke and Duchess of Sussex have demonstrated they are so deserving of this honor.”

Samuel L. Jackson, NAACP Image and Academy Award winning actor and producer, was presented with the Chairman’s Award. He quoted Marion Wright in his acceptance speech, “Service is the rent we pay for being. The very purpose of life and not something we do in our spare time”.

Just in case any fans missed Saturday’s airing, there will be an encore showing Monday, February 28th on BET.