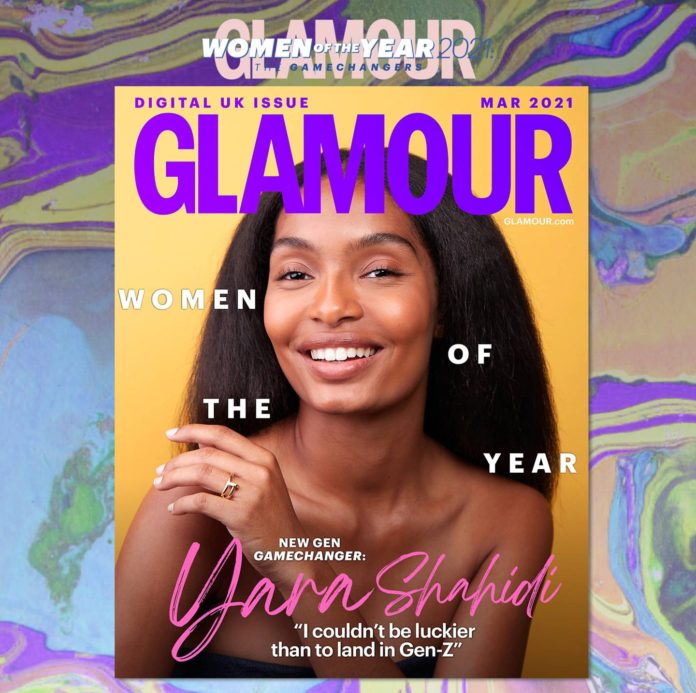 While gracing the cover of the magazine, actress Yara Shahidi reflects on her new title as New Gen Gamechanger with GLAMOUR during a special digital issue.

The ‘Grown-ish’ star shares her hopes for women in the entertainment industry over the next 20 years.

“While we have begun to crack the surface of inclusivity,” Shadidi tells GLAMOUR. “There is still much work to be done.”

“I hope that in the next 20 years,” the 21-year-old adds. “We accept the task of totally re-imagining the system to be more equitable.”

“We should imagine, ‘how do we enfranchise creators of many intersections to feel like they have ownership over their projects and figure out ways to ensure that sense of ownership?’ I’m particularly excited for more global conversations on womanhood. That gets rid of the narrative of connecting in spite of our differences, but because of our differences.”

When asked does she view herself as a “game-changer,” the actress recalls the biggest lesson she learned from fellow game-changers. Shahidi learned that to change the game; you have to “unabashed in it.”

“When I look at the game-changers around me, there is a pride in which they carry their work with them and de-stigmatize the idea of being a disruptor.”