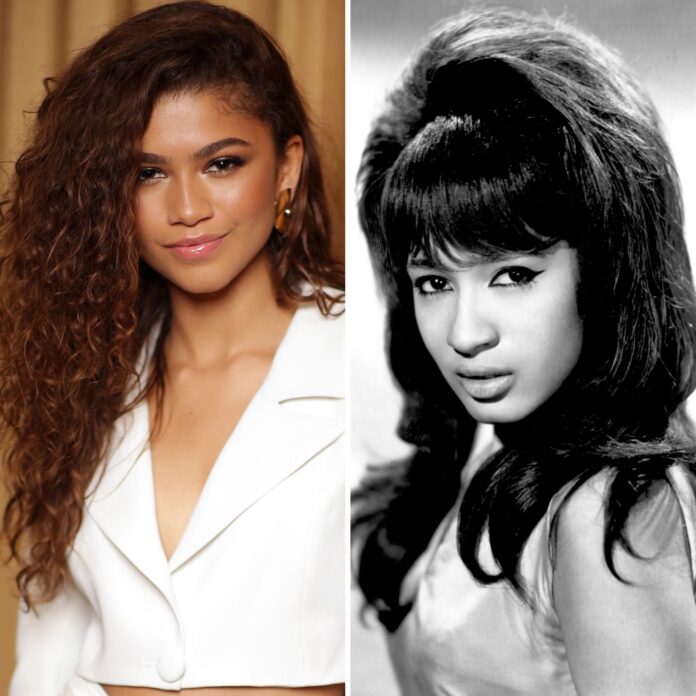 Actress Zendaya spoke fondly of the legendary singer and musician Ronnie Spector who recently passed away at the age of 78 after a brief battle with cancer. “This news just breaks my heart,” Zendaya wrote on Instagram. “To speak about her as if she’s not with us feels strange as she is so incredibly full of life. There’s not a time I saw her without her iconic red lips and full teased hair, a true rockstar through and through.”

In September 2020, it was announced that the Euphoria star would be playing Spector in an upcoming biopic based on her memoir Be My Baby: How I Survived Mascara, Miniskirts, and Madness, or, My Life as a Fabulous Ronette. Since the discovery of Zendaya’s lead role, the two have spent more time together speaking about Spector’s life to truly capture the essence of her life. The ladies have a long history as there are photo memories of the two together since December 2018, before the announcement of the authorized biopic. The news of Spector’s passing has devastated Zendaya as they were continue to develop their relationship.

“Ronnie, being able to know you has been one of the greatest honors of my life,” Zendaya continued. “Thank you for sharing your life with me, I could listen to your stories for hours and hours. Thank you for your unmeasured talent, your unwavering love for performing, your strength, resilience and your grace. There is absolutely nothing that could dim the light you cast. I admire you so much and am so grateful for the bond we share. You are a magical force of greatness and the world of music will never be the same. I wish everyone got to experience you the way I did. We celebrate your beautiful life and give you all the flowers you so rightfully deserve.”

According to Rolling Stone, Keith Richards, Steven Van Zandt, Brian Wilson, Darlene Love, her Ronettes bandmate Nedra Talley, La La Brooks, and Rolling Stone’s Rob Sheffield have all shared tributes to the girl group icon. Zendaya will continue her tribute by executing the role to her best ability. She goes on record stating “I hope to make you proud,” while she processes and mourns Spector’s death. Hearing from so many people after her death is to be expected as Spector has had a major impact on the music industry. She was one of the best-known musicians in the 1960s girl group era, forming The Ronnettes with help from producer and ex-husband Phil Spector. Her biopic is needed as it is stories from her own mouth and fans will get a first hand look on her experiences.

As of right now there is no word when the biopic will be released because it is still in development. What we do know is that production company New Regency, who worked with Zendaya on Malcolm and Marie, will also be partnering with A24 on the film. Although the passing has been hard on the actress, it is great to see she in involving herself in every aspect of bringing this film to the big screen in the proper way.