Home Celebrity Interviews Angel The Author is here to take over your playlists and book... 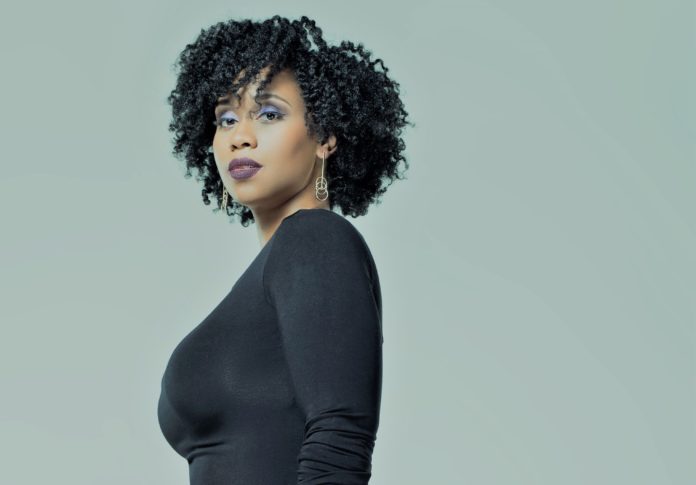 Angel The Author, who’s real name is Angel Marie Hilson, born in Milwaukee, Wisconsin is not your average talent. She is an American recording artist and author with a soulful and heartfelt sound that matches her engaging and passionate writing as a book author. Angel has worked with multiplatinum producer, DeeJay Dana, and is currently collabing with Grammy-nominated producer Jbeatzz and Grammy-winning Master Engineer, Kenny Mixx. Growing up she was inspired by artists like Whitney Houston, Lauryn Hill and Aaliyah. Though Angel’s sound is uniquely hers she will definitely serve you Ella Mai and SZA vibes. Her new single, “He’s Got Me Saying,” is a song that Angel wrote and features rapper PayJae. “Make way for a summer of love, listening to this song!” Angel optimistically tells fans.

Last year, Angel released her first novel entitled, “Electric Impulse: Love, Life & Sex” on May 22, 2018. The story explores a steamy and explosive relationship between two people who want to make it work despite both of their complicated lives. The book lead to Angel becoming a bestselling author with over 1 million reads online. The book was also acquired by online reading community, Wattpad, which has over 70 million monthly users. The book has even won her awards including the Finalist Award for Chicklit from the Next Generation Indie Book Awards.

Keep your eyes on this rising star. Angel will soon be dropping 2 more singles, an EP and book 2 of the Electric Impulse series. Be sure to check out her website AngeltheAuthor.com .