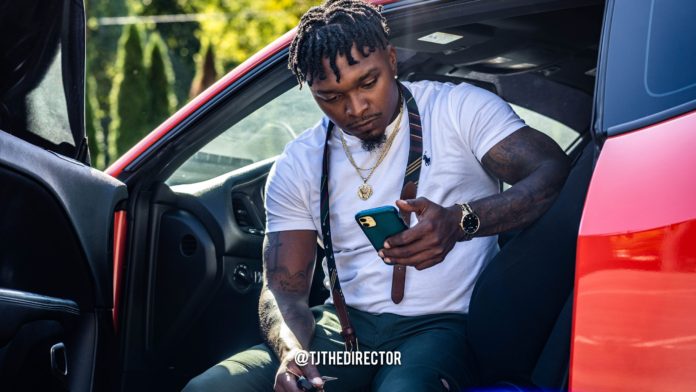 Rapper Benny Hondo, born Ben Durpee, began his rise to fame as a remarkable high school football quarterback. After graduating from high school, the Harrisburgh native’s talents helped him become a Division 1 quarterback for the Citadel. As a college athlete, Dupree set his school’s record for the Most Touchdowns in one game (iva DriodJournal). The college football star took his talents overseas to play in “The XLeague.” As a running back for Japan’s Panasonic Impulse, Dupree led his team to victory in the Xleague’s 2015 Championship.

“I started playing football when I was like six,” the former pro athlete tells JaGurl TV. “I love all sports, but particularly football.”

Shortly after retiring from football, the professional athlete transitioned from pro football player to rising rapper. Ben Dupree turned into “Benny Hondo.” The “Cruisin” rapper explains that his stage name is a mispronunciation from what it was initially supposed to be.

“It was originally supposed to be Benny Hundo,” he explains. “But when I said it, it came out as; Benny Hondo,’ so I just stuck it and ran with it. But now, it’s not no alter ego. It’s the same bull, Benny Hondo, just a little bit less humble it just comes with the territory.”

As Hondo transitions into his new music career, he will take the many lessons he learned as a star athlete. Along with perseverance and work ethic, Hondo learned to develop a “thick skin.”

A technique he describes as a “next play mentality.”

“Like next play,” he explains. “I might drop a song, and it might not be the one I like, but drop the next one, and they’re going to remember you for the last one.”

“Whatever happened, happened, now it’s time to move on,” he adds.

Although Hondo found his passion for sports at a young age, his interest in music came a little later.

“I loved music before I started making it,” he states.

This year the rising star has released his second album, titled StarPower 2, a sequel to his 2020 debut album Star Power. The “StarPower” series artist is adamant that there will not be an addition to the hit Starpower series, but his third album will release later this year.

Be sure to follow Benny Hondo on Instagram to catch a sneak peek of his upcoming project during a live performance at the “Music Man”  in Harrisburgh.

Bounce Releases the Touching Story of ‘Who Is Christmas Eve?’ Just in Time For the Holidays