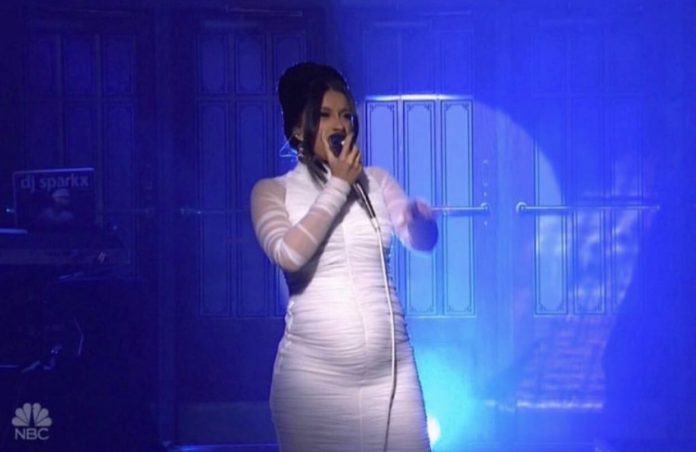 You may or may not recall but JaGurl TV called it first, guessing that Cardi B was pregnant almost three weeks ago (see previous post).

It’s official, Cardi B announced her pregnancy during her second performance on Saturday Night Live. Cardi and Offset got engaged last October and she made it clear that they were excited to get married and eventually start a family but no one guessed it would be this soon.

Although the couple haven’t released any other information on the gender, we might have gotten a clue from Cardi B sister, Hennessy.

Hennessy wrote about a two paragraph post congratulating her sister, and wrote, “now that baby Cardi is coming”, insinuating that the baby might in deed be a baby girl. She later changed the wording to “the baby” but The Shade Room caught a screen shot before the edit. 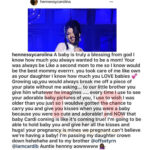 Cardi B is due for delivery early July.

Friends and family seem to be super supportive and excited for the newest edition of the couple’s family but not all of the fans feel the same. Some expressed their concern for her career being negatively effected by her transition into motherhood. Cardi took to Instagram saying, “This is why I did not want to say nothing. People be so thirsty to scrutinize and try to destroy something that is suppose to be a blessing.” The post was later deleted.

Cardi B is still scheduled to perform at this year’s Coachella, baby bump and all yet again proving all the haters wrong. JaGurl TV sends our congratulations to the expecting couple.

Are you #TeamBabyBoy or TeamBabyGirl , let us know in the comments. 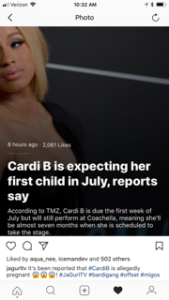 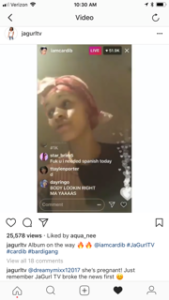