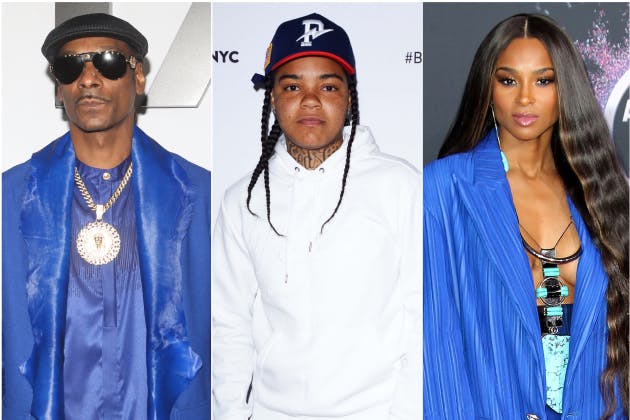 Apple Music announced that they will be launching several new radio shows hosted by A-List artists including Ciara, Young M.A., and Snoop Dog.

On Tuesday, Apple Music released its new division of radio shows available to listeners in 165 countries. The streaming service also announced it will be introducing to new stations, “Apple Music Hits” and “Apple Music Country.”

These stations will feature an array of new radio shows hosted by some of the world’s most popular artists.

Ciara took to Instagram to announce her excitement regarding her new radio show, “Level Up.”

The singer will “celebrate the definitive songs and sounds of modern R&B and share stories of her experience as an entrepreneur, mother, philanthropist, and an unstoppable entertainment force.”

In her first episode, Ciara will discuss the meaning behind the name of her show and play some of her favorite songs that inspire her to “level up.”

Young M.A. will also be adding radio host to her resume. The 28-year-old rapper will be hosting her own bi-weekly radio show titled “Me Always Radio.”

The show debuted last night with its first guest star, Eminem. Although their conversation was brief, it was filled with mutual respect and appreciation between the two rappers.

Listen to a clip of their interview posted below.

According to the description, the legendary rapper will use his platform to discuss the “best of hip-hop’s golden era” and “the legends who set the table.”

Other artists have landed their own shows through Apple Music, including Lady Gaga, Estelle and Carrie Underworld.