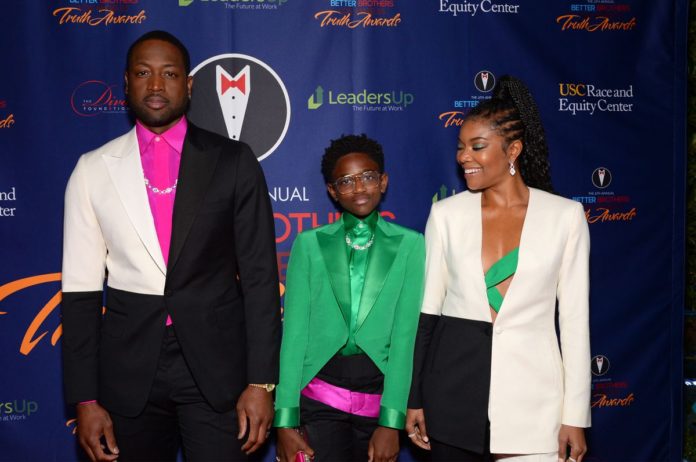 Actress Gabrielle Union and retired NBA Superstar Dwayne Wade credits their children as the source of their inspiration.

During ABC’s broadcast of the TIME100 Special, Union and Wade define witnessing their children living freely and being their “authentic” selves as “wildly inspiring.”

“Freedom exists in so many different forms,” Union says in the video regarding their selection. “We are so blessed to be in a household where we have free children.

“It’s beautiful to watch truly free children. We have another daughter who is 13 who has the freedom to be exactly who she is, who she was born to be, to be her most authentic self. She doesn’t ask permission to exist. That is wildly inspiring.”

In an essay accompanying their selection video, founder of #Metoo movement, Tarana Burke praises Union for her dedication to enforcing inclusion.

Burke wrote that Union is “intentionally directing her attention, influence and resources to advance an agenda that deliberately celebrates the most marginalized among us, including Black women and girls and queer and trans folks.”

Earlier this year Zaya Wade, born Zion Wade, came out as transgender. The couple has publicly supported Zaya, becoming allies to the LGBTQ. In an interview with Ellen, Wade spoke candidly about embracing his daughters identity.

“To echo my wife, I’m inspired by our kids,” Wade comments in the video. “The way they look at us, the way they look to us, for leadership and guidance, for their moments of bravery.”

Union referred to being selected as Time’s 100 most influential people as “Proud, humbled and honored” in an Instagram post.

“Always trying to keep it 100 ” writes Union “and use our voice to influence positive change in the world. THIS IS THE TIME.”