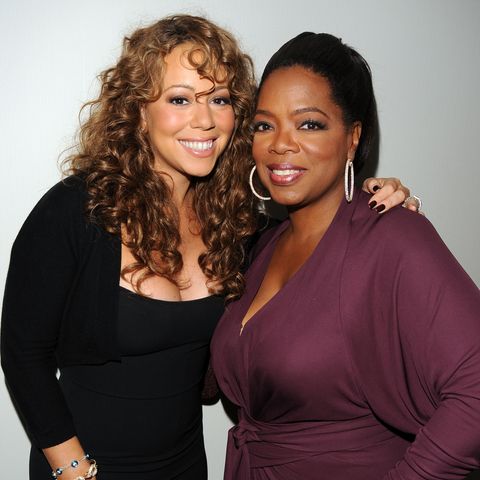 Singer, Mariah Carey sat down with talk show host, Oprah Winfrey, for an interview during “The Oprah Conversation”. During the interview Mariah dives into the layers of her upcoming memoir ‘The Meaning of Mariah Carey’

The memoir gets deep into her relationships, her experience growing up biracial, and her overall life experiences. She also discusses motherhood and the wholehearted relationship she has with her children, Monroe and Moroccan Cannon .

“The children provide me with this actual love, and they are my actual family and I’m not worried about them trying to hurt me,” Carey describes this as her meaning of unconditional love. She says “I’ve never had a reference for unconditional, familial love until now.”

Mariah also sheds light on her previous relationships and how she has come to grow from them. She says her time with Derek Jeter was “beautiful” and how it developed into a “catalyst” to end her marriage to Tommy Mottola, but that it ultimately made her realize that there could be someone else involved. “He was a catalyst,” she said. “That helped me get out of that relationship [with Mottola] because I believed that there was somebody else.”

The memoir is set to release Sept.29, 2020. As well as “The Oprah Conversation: Mariah Carey” premiering Sep 24th on Apple TV+. Be on the look out!