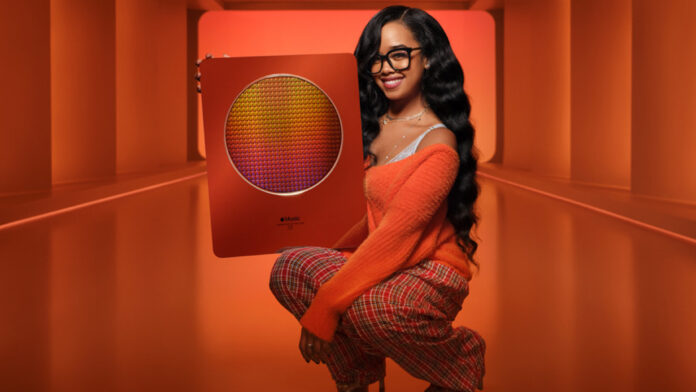 The streaming service crowned H.E.R. as the Songwriter of the Year. “I am very honored and blessed to receive this recognition,” H.E.R. said in a statement, “as a young Black and Filipino artist, and a woman who is on the stage giving my all, there’s no doubt that representation is important.”

H.E.R. also made the announcement on her official Instagram page with the caption, “Songwriter of the year. Thank you @applemusic!!!”

The Apple News press release states, “The award-winning singer, songwriter, and multi-instrumentalist H.E.R.’s work within the R&B genre grew even more expansive in 2021 with the release of her acclaimed 21-track album “Back of My Mind,” which captures the artist at her most brilliant, confident, and freewheeling. The chart-topping album was the third most-streamed R&B/Soul album on Apple Music in its first week of release by a female artist this year, with singles “Damage” and “Come Through” (featuring Chris Brown) both spending multiple weeks on the Daily Top 100 chart in over 30 countries. “