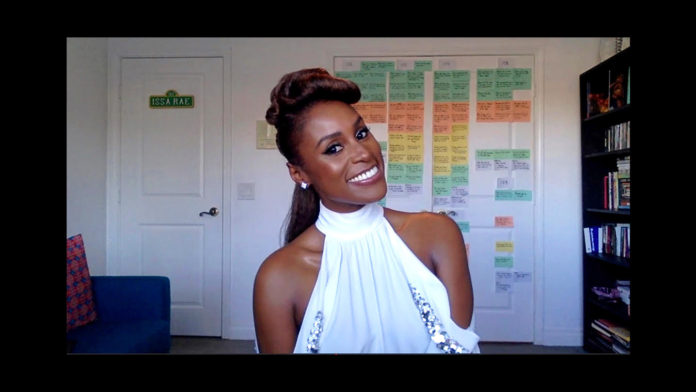 ‘Insecure’ star, Issa Rae has yet again made another huge accomplishment as she took home the Outstanding Actress in a Comedy Series award at the 52nd NAACP Image Awards.

Rae is the Executive Producer and a prominent figure on the HBO Max series ‘Insecure’. The show has carried a total of 4 seasons having audiences on the edge of their seats. The series is unfortunately coming to an end after the 5th season.

During a press conference for the NAACP Image Awards, Rae opened up about her thoughts on leaving that story behind, and exploring other avenues in her career.

“I’m so grateful to be playing this character who is obviously a version of me and in the same way that I want this character to grow like I want to be able to grow too, so I think that’s what comes with it.” she goes on to say “I’ve played her for a long time and I have so much more that I want to do.”

Rae also reflects on her time on set as well as her appreciation for her cast members.

“But being on set everyday, I’m taking it in on a different level now. Just in terms of, wow this is my family, I love this family and we’ve done so much and these people are incredible and I feel so blessed to work with them and I know that I’ll look back on this time very very fondly as I do now.”

Even though, we can’t look forward to more seasons of ‘Insecure’ we can definitely be on the look out for future projects coming from Rae being that she signed a 8 figure deal with WarnerMedia!