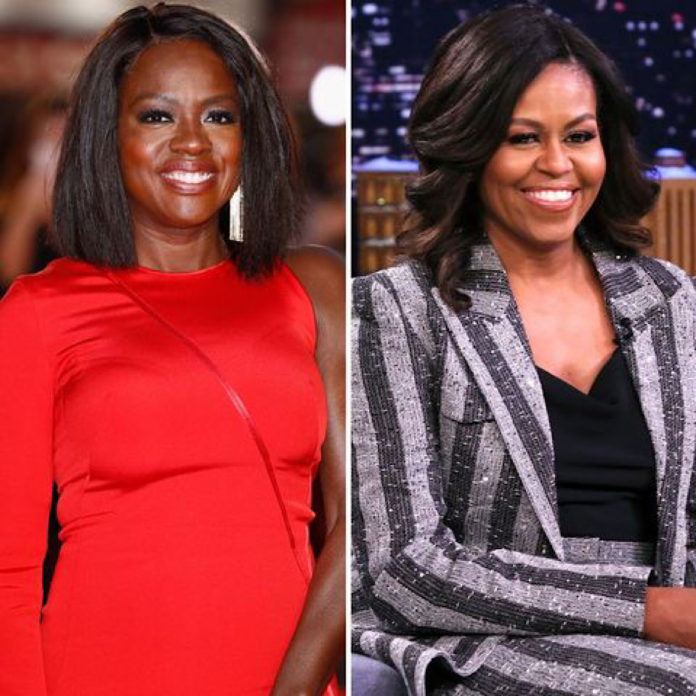 Viola Davis has proved herself to be a treasure in the acting game. The latest development to her career is her getting the honor of portraying former First Lady, Michelle Obama, in the Showtime series First Ladies. During a virtual interview with late night talk show host, Jimmy Fallon on The Tonight Show she explained that she felt like she “lost her mind” when deciding to play Mrs. Obama.

“I lost my damn mind for about five minutes, and I made a decision I can’t take back,” Viola explained to Fallon. “The woman is a damn goddess. Everybody knows her, everybody feels like they want to protect her. Here’s the thing: I’m just going to do the best I can.”

When asked if she’s spoken to Michelle since her casting, the Oscar winner confirmed that she has.

“I have for several hours,” the actress confirmed. “And it’s terrifying. Here’s the thing. Sometimes, someone doesn’t live up to whatever image you have of them in your head. But when they do live up to the image, it’s quite frightening.” Even a powerhouse like Viola Davis is intimidated by Michelle Obama!

After discovering the news, JaGurl TV got to sit down with the actress on March 27 after her NAACP wins.

“I know you spoke with the former First Lady, and I just wanted to know was there any advice or any pointers that she gave you to prepare for portraying her for the series?,” asked by our own JaGurl Ravin. “Absolutely not!,” Ms. Davis quickly replied. “I wished she had because I can use that right now Michelle.” Viola Davis also humbly called her a “goddess”, even against Michelle’s wishes. “I love her beyond love,” Viola continued.

According to E News, Viola isn’t the only star confirmed to be portraying an American icons in First Ladies. Gillian Anderson recently signed on to portray Eleanor Roosevelt and Michelle Pfeiffer is slated to star as Betty Ford.

“In the East Wing of the White House, many of history’s most impactful and world-changing decisions have been hidden from view, made by America’s charismatic, complex and dynamic first ladies,” said a statement from Showtime about the show. “This series will peel back the curtain on the personal and political lives of these enigmatic women, with season one focusing on Eleanor Roosevelt, Betty Ford and Michelle Obama.”

As of right now no premiere date has been set for the show.