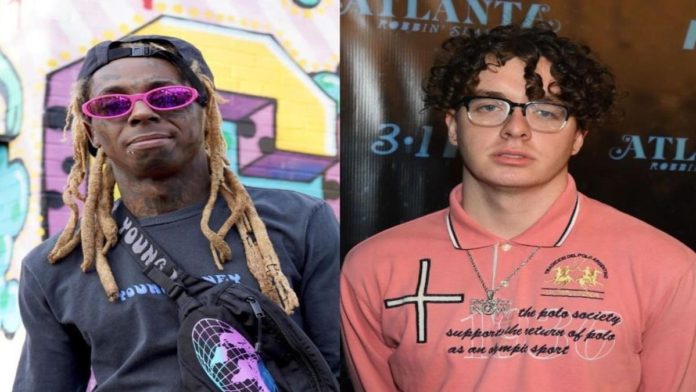 New artist Jack Harlow hit the streets running with his smash single “What’s Poppin.” The song did major numbers on all streaming paltforms and quickly became a certified platinum single in just a few weeks. Fans enjoyed great music but we’re not expecting what came next.

Although the song was already a fan favorite, Harlow decided to take it a step further; adding Da Baby, Tory Lanez and Lil Wayne on the track for the remix. That might have been just what the doctor ordered in these crazy times. The addition of some of hip hops heavy weights boosted the song to #8 on the Billboard Hot 100 list. In honor of their hit, Lil Wayne had Jack Harlow featured as a guest on his Young Money Radio Show.

” I ain’t gonna front! Tory went Crazy! I know the look he wants and he doesn’t get it from everybody,” said Lil Wayne about the new track.

The Louisville rising star debuted his album “Sweet Action” at the start of quarantine and so far its been doing well. He admits to being inspired by Lil Wayne, Andre 3000, and Drake; and says working with Wayne is now something he can cross off his bucket list.

During the chat, Harlow also talks about protesting in his hometown of Louisville Kentucky in honor of Breonna Taylor.

“It was a no brainer to me. Being in a black genre and growing up around Black people, it was a priority to get out there. It was so close to home. I had to go back! Moments like this are bigger than anything we are working on,” Harlow said on Young Money radio.

Harlow says he’s been inspired by these times to make music in support of front line and emergency workers during this worldwide pandemic. When the world opens back up again, he will have music for that too. Until then, jam out to “What’s Poppin” now!