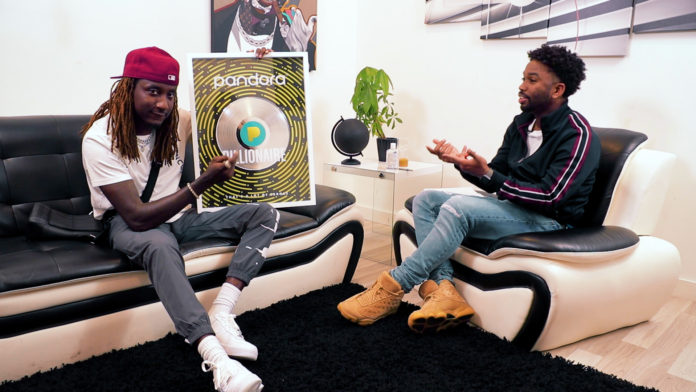 K Camp has been giving his fans quality rap music for years and they have been missing his presence on the music scene. Happily, he is making a comeback with his new mixtape, K.I.S.S. 5.

SiriusXM Pandora’s infamous Playback Series returned with K Camp for the first event since the series transitioned to virtual.  After shutting down it operation five months ago due to the pandemic, the Atlanta-based interview series returned virtually on Tuesday, Aug. 18, 2020 with a focus on the award winning rapper.

K Camp sat down with Pandora’s Director of Hip Hop, Joshua “J1” Raiford, for a behind-the-scenes look at his ATL recording studio while having an in-depth conversation about his life and music.

“I am super excited about our first virtual SiriusXM Pandora Playback with K Camp,” J1 said in a statement. “K Camp is an artist I’ve known personally since the start of his career. I’ve seen his highs and lows and the contribution he’s made to the Atlanta culture, a city that is often responsible for new movements in hip-hop culture. He is a gifted artist and songwriter and has now established his own label. I think people will get a lot out of his story and journey.”

According to a Pandora press release, the discussion ranged from the history K Camp’s family has in music, insight on tracks from his new album Kiss 5, why he left ATL for LA and what made him return, the vision for his Rare Sounds record label and more.