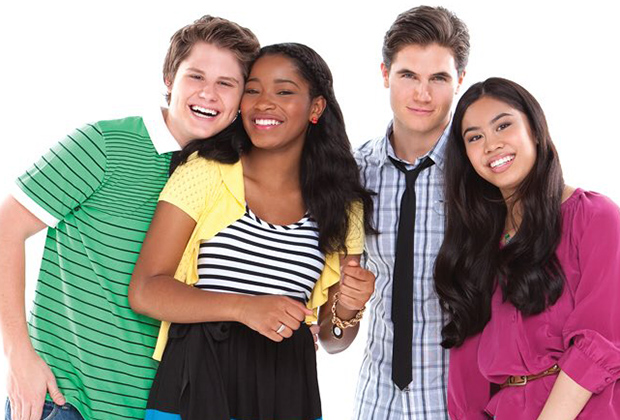 Remember the show True Jackson VP? The spunky and outspoken black girl boss that brought hope to many little girls. Well your in for a treat as the talks of a reboot is circulating.

Keke Palmer starred as True Jackson VP, a teenager who serves as the Vice President of the Youth Fashion Department at Mad Style. There she gets into mishap and has a lot of fun with her friends. She is intelligent, funny and hardworking with an odd family. She represented a lot what we were missing on Nickelodeon back in the 2000s, and that’s black girl magic. Well, Palmer is bringing that magic back with a 2021 reboot for True Jackson VP fans.

The show won many awards during its three season run, like the NAACP Image Award for Outstanding Performance and a Gracie Allen Award for Youth and Outstanding Adolescent Program in 2009. The show was successful and graced the homes of many children and teens who loved the show’s comedic timing and Palmer’s great acting.

In Palmer’s TikTok video, we see her dancing to the show’s infamous theme song “Change It Up” with the caption, “When they cancelled True Jackson VP permanently just to reboot it in 2021.”

Palmer added to the caption by saying, “Congrats! Another reboot! Y’all made this happen!”

Fans responded in the comments with happiness as they relived their teenage years in the matter of 0:15 seconds. As of right now, we have not heard reboot rumors from the other costars. According to Teen Vogue, “Cast alums including Ashley Argota and Matt Shively, who played True’s BFFs Lulu and Ryan, or Robbie Amell, a.k.a. True’s crush Jimmy Madigan, haven’t reacted to Keke’s TikTok or posted their own reboot reactions on social media. Further, there isn’t any official confirmation yet from Nickelodeon.”