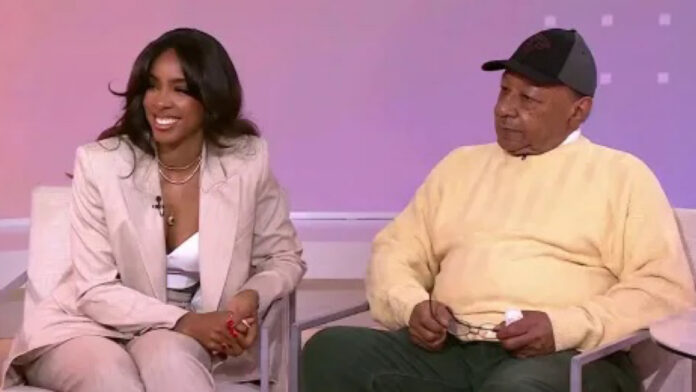 Kelendria Trene Rowland (Kelly Rowland) is an American musician, singer, songwriter, and actress. Her rise to stardom can be attributed to being 1/3 of the mega-success of the 90’s pop group sensation Destiny’s Child. Alongside Beyonce Knowles and Michelle Williams, they became one of the world’s best-selling female artists groups.

While the success of her music career was what dreams are made of, there were underlying emotions that she kept buried in her personal life. “My understanding of where my dad was as a kid was that he was not ready as a father,” Rowland expresses in her appearance on Today. “I was angry at him. I was disappointed in him. So, I had all of those feelings of abandonment.”

Rowland eases us more into the window of her relationship with her estranged father, Christopher Lovett. “I think as a kid, and you just feel like if they’re not there, then they don’t want to be here. So that’s what I feel, and that feeling sucked.” She recollects how she has repeatedly been toiling in her mental and emotional space.

“Underneath all the disappointment, hurt, anger, and fear, that’s somebody you love,” she said.

Her ultimate deciding factor for reconnecting with her dad was the loss of her mother, Doris Rowland Garrison, not too long after the birth of her first son, Titan. “I need to know him. I want to meet him. I think I had these feelings like, ‘Oh my God, and I have no parents.’ And it was like, no. You do — you have one left.”

Currently having two kids, the second being Noah, she further understands the importance of connecting with family, especially your parents. “Before I walked in, I had all these thoughts of what I was going to say. I had all these questions lined up. And as soon as I saw his face, it was a blank.”

She recalls the surreal sentiment of the moment actually happening. “Underneath all the disappointment and hurt and anger and fear — that’s somebody you love,” she says.

“He’s telling me about his dynamic with his father, and his father’s father, and it’s non-existent, too,” she adds. “So how can one learn how to be something when they weren’t taught?”

She now recognizes a certain sense of understanding, knowing that it was more than just Lovett not wanting to be there for her. “As parents, we have to give our parents grace. It’s never too late. Forgiveness is always right there.”

She concludes her story by sharing advice that can be applied to many situations involving clarity amid passionate pursuits. ”I’d have to say, brace yourself and ask yourself a couple of questions: Am I ready for this? Am I ready for it, no matter the outcome, whether it’s good or bad? Because the truth is, you don’t want to set yourself up. Everybody’s always scared of the other side, and you don’t know if this person is embracing you with open arms or if they’re not ready,” she added. “And if they’re not ready, that’s okay.”